The DevOps Salary Report is in, and is great news for American men

Want some more cash? Get some more skills. And perhaps a moving truck 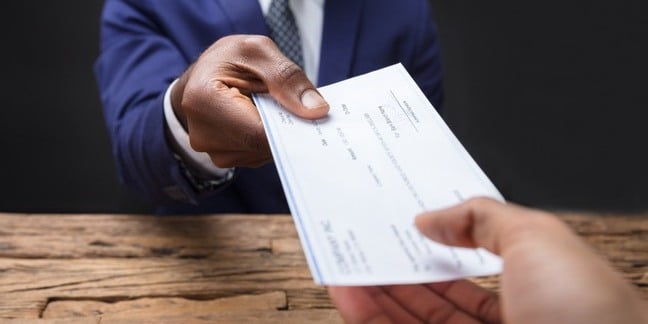 DevOps darlings Puppet has emitted some juicy salary data from its annual DevOps survey, showing that the US is still the place to go for an impressive IT paycheck.

For the US the report shows an overall salary bump for IT pros, but disappointing disparities between genders and ethnic groups remain. Males reported higher pay packets – in the $75,000 to $100,000 bracket, while females mostly hovered around the $50,000 to $75,000 mark.

Things have improved since last year, however, with the gap narrowing. Members of under-represented minority groups have also seen a reduction in the gap – last year only 11 per cent made more than $100,000. This year it was 29 per cent.

While the US reported the highest percentage of survey respondents with salaries for IT managers and practitioners over $100,000, at 64 per cent, things in the rest of the world were not so rosy. The UK managed 31 per cent, Asia 28 per cent and the rest of Europe? 16 per cent.

The good news, though, is that salaries have generally increased around the world. Unsurprisingly for a study published by a DevOps vendor is the finding that more employees made more than $100,000 in organisations where there is strong support for DevOps practices.

What is surprising is how narrow that gap is – 43 per cent of those keen on the whole automation thing made the cut compared to 37 per cent where DevOps initiatives are supported sometimes, rarely or never.

Managers continue to make more moolah than IT practitioners; globally 49 per cent of management respondents sit above the $100,000 threshold while only 34 per cent of those at the coalface do the same. Interestingly, the overall trend for managers is downwards – last year in the US 85 per cent of management was earning over $100,000. Now it is 72 per cent.

Of course, a good manager will have got a minion to do the onerous task of actually filling out the form, and there is no indication of how many crudely drawn representations of frustration were left by grumpy workers. Electronic surveys can suck the joy out of life.

Finally, industry sector matters. A high proportion of IT pros in pharma and healthcare crested $100,000 compared to those in education and manufacturing, which have a disproportionate amount of salaries at the lower end of the range.

So, if you want to make some serious cash then a move to the US would seem to be in order, although being an IT practitioner or manager remains a lucrative occupation around the world.

And yes, keeping your skills up to date (including a dabble in DevOps) will do your prospects no harm at all. ®