There's gold in them thar clouds as Infor guzzles $1.5bn from Koch and Golden Gate 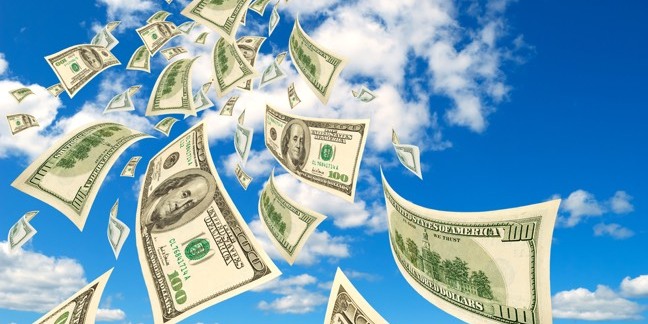 Enterprise cloud botherer Infor announced today that shareholders were tipping the best part of $1.5bn into its coffers ahead of a potential IPO.

Charles Phillips, CEO of Infor, is certainly a big fan of Koch and Golden Gate Capital, describing the two as "phenomenal partners for Infor".

The company has 17,300 employees and claims an impressive 68,000 customers for its wares, including a whole bunch of companies from KED. Koch Industries is in the process of deploying Infor’s products to 120,000 employees. For its part, Infor lays claim to more than 71 million cloud users.

Infor reported over $3bn in revenue for fiscal year 2018, although its recent revenue growth has not been earth-shattering. Q219 total pro forma revenue (PDF) (the three months to October 2018) stood at $811.7m, an increase of 4.2 per cent on the same period in the previous year. The company put this down to higher SaaS subscription revenues.

Overall, SaaS revenues increased by 21.3 per cent, offsetting a decrease in perpetual licence revenues of 4.7 per cent and reflecting efforts to move to a bright, subscription-based future.

Software-wise, Infor went “all in” with Amazon’s cloud service AWS in 2014, declaring it “one of the smartest decisions we’ve made as a company”.

The company has since been busy rolling out the various industry-specific versions of its applications (for example, CloudSuite Automotive, Hospitality and Corporate) along with its Analytics tools onto to the platform.

Back in 2017, Koch Equity shovelled over $2.2bn into the firm, and in today’s announcement of the latest barrow-load of cash Matt Flamini, KED’s president, affirmed “Koch continues to be impressed with Infor’s hyper-scaled, versatile technology, both as an investor, and as a customer of their software solutions”.

Of course, being impressed is one thing. Cashing out is something quite different and investors will expect to see their money back at some point. An IPO could come as soon at this year, although Infor also points to 2020 with any date subject to those pesky market conditions. ®

Golden Gate Capital jettisons equity before IPO can kick in

Big Red up in court yet again