Stob I have started testing techie podcasts at getting up time, as Brexitless alternatives to radio.

The ones I have surveyed are:

CppCast: the show that proves beyond all doubt that C++ is not a spoken language.

Plot: each episode, the two anchors interview an expert guest. Resulting conversation has a curiously dead atmosphere, especially between its co-hosts, possibly because one of them seems to be skyping his contribution in from some distance.

Preferred Intensifier: "super", as in "the new Clang compiler is super fast".

Emergency comment used when guest has been particularly obscure and/or incomprehensible: "Interesting".

Extra feature: Sponsor's message read out with formidable woodenness. The spirit of the idealistic, commerce-free Internet lives on here.

React Podcast: React is a JavaScript library for the web. Appropriately for this frivolous platform, it feels much more gaudy and decorative: a JS butterfly to the C++ beetle. "This is React Podcast, I'm chantastic" burbles the host luxuriously at the start of each episode, leaving one to wonder whether the c-word is his Twitter handle, his mildly encrypted opinion of himself, or both.

Plot: Chantasic interviews one guest per episode; often a speaker captured from a programming conference.

Valley of Genius: the core of this is a series of interviews of with "the hackers, founders, and freaks who made Silicon Valley boom" (sic), which author Adam Fisher recorded while researching his eponymous book. The podcast pushes the book relentlessly.

The real star of the show is not Fisher, nor yet Woz (or whichever specimen of Valley Royalty is the week's subject), but the show's official host, one Leo Laporte.Laporte's voice is as pleasing and mellow and warm as your grandmother's mahogany radiogram relaying the Home Service - supposing that instrument were in the habit of inhaling a dozen or so old-fashioned combustible cigarettes every day. I particularly admire his Troy McClure-ish plug for his other podcasts, which top and tail every instalment.

Bonus treats: Fisher's interviews were evidently not recorded with rebroadcast in mind. A recent one featured the subject unexpectedly and noisily stuffing his face with food halfway through an answer. And an earlier sample, which our hosts assured us was captured in the lee of a playing fountain of a delightful water-garden, has the exact same acoustics as the washbasin area of a public lavatory. Was that little splash the sound of cavorting water fowl? No. it was not.

On Black Friday, like many a sucker with a Prime account, I bought a brace of 0.5TB SSDs to use as speedy boot drives, replacing the spinning rust in my domestic Windows PC and my Mac Mini.

Today I finally got round to installing the PC's drive. 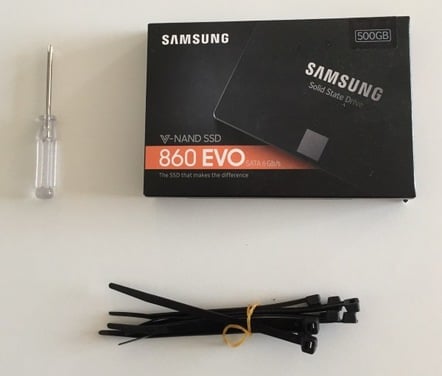 Later: harder than I thought. Do NOT use Samsung's own program for boot disk cloning, as it barfed at copying locked files and, therefore, the registry. Get a trial version of Macrium or Acronis instead. Genuine tip.

Played Words With Friends on my phone through lunch break. I currently have nine games on the go and I am losing in eight. Ninth is with an American doctor friend whose sense of pity has, I suspect, overwhelmed her formidable vocabulary.

Medics have a natural advantage over techies in scrabblish games because much of their professional jargon has entered mainstream dictionaries. The correct term for a transverse fracture of the upper ulna - which natch I don't know, prolly "GLAVIP" or "LUJ" - provides them with many opportunities to unload the spikier consonants and less helpful vowels. But just try playing TRANSPILE or even GREP and see how far you get.

Should have heeded Mama's warning: never play doctors and nurses.

The history of random number generators in C++ is swiftly given:

The old C/C++ way was essentially the same deal as every other programming language ever, for example God's Wonderful BASIC:

This code satisfies the key requirement of a random number generator, viz it came back with a different number quite often.

However, over the years, notorious algorithmic busybodies have raised piffling statistical objections to this sort of thing: the sequence repeated itself too quickly, the spread of numbers wasn't uniform, it was impossible to hit certain values, some seeds would "jam", yada yada yada.

Those spineless denizens of the C++ committee caved to this chorus of whingeing, and added a swarm of classes, algorithms and gobbledygook documentation to the language. We have arrived at the absurd point where the facility is now only really usable by programmers who actually give a damn. (Does your lagged Fibonacci generator have undesirable spectral characteristics? Mine too.)

Anyway, my colleague X had yielded to peer pressure and forsaken the simple pleasures of rand() and srand() and upgraded some of his code.

Which I have just reviewed.

Turns out he was unlucky in his choice of StackOverflow-cribbed fragment. His routine accidentally calls the reseeder for every number produced. So he's generating properly-random numbers, instead of pseudo-random numbers.

This is a disaster. Large quantities of unused entropy are being venting directly into the environment. We are in Hitchhiker's Guide territory. Suddenly the state of the British political system becomes comprehensible.

Still losing all my WWF tournaments. Am now additionally being beaten by my niece AP, who is armed with a formidable list of permitted dirty words. Thought I would force her into a QI cop-out with just "IMQU" left to get out, but was proved quite wrong.

The game's British dictionary is apparently much more robust (== filthier) than the US dictionary, which discovery makes me feel curiously proud and patriotic.

Another thing. About six months ago, They changed the caption on all the software's acknowledgement buttons from the stolidly neutral "OK" to the inappropriately Tiggerish "GREAT!". It is not GREAT! when I am forced to admit to yet another rout. Nor is it GREAT! that I have completed the challenge to get a Bronze Mystery Box and special badge, or the other ridiculous trinkets now annoyingly added to the game.

I fancy this open enthusiasm is a US-led affliction. I am born of Midlands stock, and among my relatives, back in the old days, the preferred method of acceptance of, say, a slice of delicious chocolate cake was to mumble "I don't mind" in a barely audible monotone. I am still not really comfortable giving an acknowledgement any warmer than this.

WWF's creator should do more to reach out to its multi-cultural audience. Multiple dictionaries are not enough. There must be a setting to change all the OK buttons to If you must. And if this doesn't happen, I may have to sigh quite deeply. There.

Ok, can't put it off any more. Time to install the new drive in my Mac Mini. 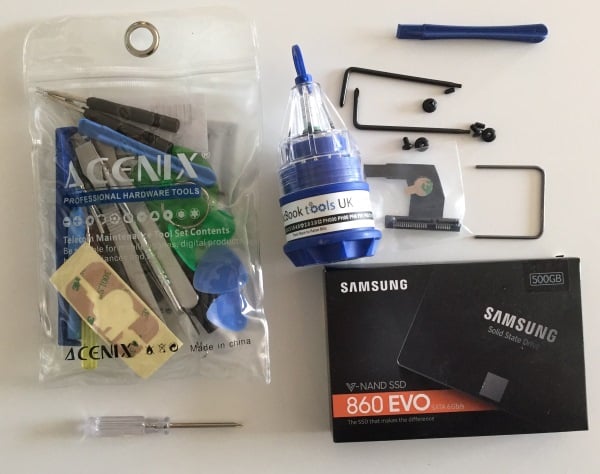 Moral: If the bugger boots, bottle it. ®

Kieren's here to chew bubblegum and kick Nominet ass. And he's all out of bubblegum
Networks7 Oct 2022 | 18