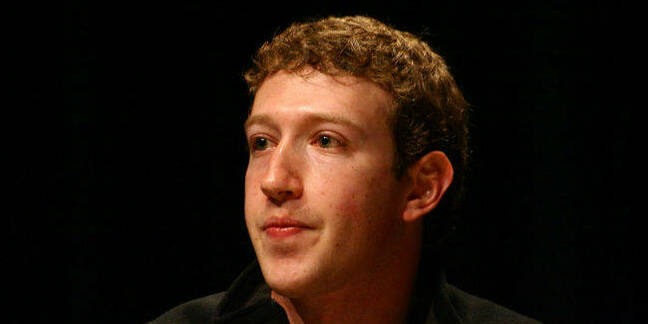 Mark Zuckerberg, chief exec of Facebook. The company is accused in court of not caring if children used its platform to run up huge credit card bills for their parents

Facebook has been accused of not caring if game companies diddled children and their parents out of millions of dollars with in-game purchases, following the unsealing of US court documents.

Campaigning US journalism outfit Reveal News secured a number of exhibits from an ongoing class-action lawsuit against Facebook in which the startling revelations came to light.

In one document, Rovio, the makers of popular mobile game Angry Birds, asked Facebook in 2012 why their users' credit card chargeback rate was so high. Facebook workers realised that 93 per cent of chargebacks on Angry Bird were so-called "friendly fraud" by children.

Friendly fraud is an ecommerce term for customers who buy goods with a credit card and then tell their card issuer to make a chargeback, reversing the transaction. The "friendly" part refers to the purchase being made with the cardholder's permission, rather than a case of card theft or similar.

Facebook, according to the full lawsuit, was encouraging game devs to build Facebook-hosted games that allowed children to input parents' credit card details, save those details and then bill over and over without further authorisation. Reveal News characterised this as Facebook prioritising revenue over protecting children and building tools that would have made it harder for kids to run up big bills.

The court exhibits obtained by Reveal News (a branch of the US Centre for Investigative Reporting), independently verified against the US District Court of California's records by The Register, consist of internal Facebook emails and chat logs from people involved in the social network's payment processing teams. One log dated 9 September 2013 shows what appears to be a worker and her supervisor discussing whether or not to refund a child:

Gillian Shewaga: >Would you refund this whale ticket? >[redacted] >user is disputing ALL charges that are ff- [friendly fraud] only go back to Sept 2nd but amount for about $6000

Gillian Shewaga: >its $6,545- but the card was just added on Sept 2nd >they are disputing all of it I belive >believe >that user looks underage as well >well, maybe not under 13

Michael Levine: >is the user writing in a parent, or is this user a 13ish year old

Michael Levine: >sorry for this delay >i wouldn't refund

Another exhibit showed a Facebook employee querying why "most of these games with FF-minor problems" were "defaulting to the highest-cost setting in the purchase flows". The term "FF-minor", in Facebook speak, means payment disputes raised by children. Presumably kids aghast at having accidentally run up bills in the thousands for some innocent gaming.

Facebook sent us this statement when we asked what it had to say for itself:

"We were contacted by the Center for Investigative Reporting last year, and we voluntarily unsealed documents related to a 2012 case about our refund policies for in-app purchases that parents believe were made in error by their minor children. We have now released additional documents as instructed by the court. Facebook works with parents and experts to offer tools for families navigating Facebook and the web. As part of that work, we routinely examine our own practices, and in 2016 agreed to update our terms and provide dedicated resources for refund requests related to purchases made by minors on Facebook."

The case, Bohannan and others v Facebook Inc, continues. ®