Says named documents are already covered by the record 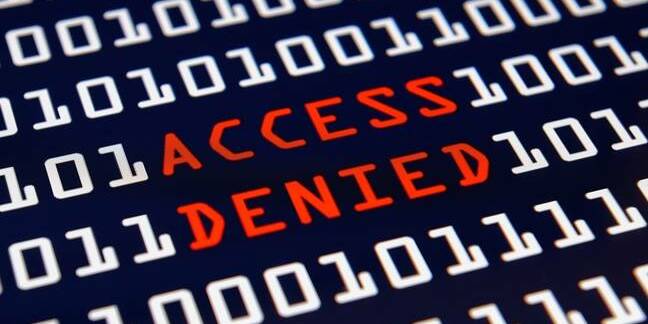 Oracle's bid to depose two former US government staffers and pull in extra material to support its legal wrangling over the $10bn Pentagon cloud contract has failed.

In an order filed under seal last week but now publicly reissued, Eric Bruggink, the senior judge in the case, denied Oracle's requests. It follows his refusal to add the firm's in-house lawyer to the suit earlier this month.

The case centres on the Joint Enterprise Defense Infrastructure (JEDI) contract that the Department of Defense is to hand to a single cloud vendor for up to a decade.

Oracle argued the plan risks damaging innovation, would lock the DoD into a single cloud vendor for years and is uncompetitive. But of course another concern is that AWS is a front-runner for the deal.

Furious Big Red has sought to block the award however it can, carrying out extensive media briefings and filing both an (unsuccessful) bid protest with the Government Accountability Office and a lawsuit against the government in the US Court of Federal Claims.

As well as taking issue with the single vendor award and what it says are unnecessarily restrictive criteria, Oracle's argument focused on two former DoD employees, Deap Ubhi and Anthony DeMartino.

It alleged they were conflicted because of their work at or links to AWS – allegations that prompted AWS to join the case as an intervenor.

Ubhi has come under greatest scrutiny as not only did he work for AWS before joining the DoD, but he went back to the vendor after just 18 months, in which time he worked on the early stages of the JEDI contract.

The contracting officer for JEDI concluded that neither of the two individuals' involvement had negatively impacted the way the award was drawn up – although a separate probe has been launched over whether Ubhi's return to AWS is a conflict now that the firm has submitted a bid.

But Oracle wants to sniff out further evidence to bolster its allegations, and requested permission from the court to carry out discovery and deposition on Ubhi and DeMartino.

It also sought to have eight categories of government materials – including the contents of the DoD's JEDI Cloud Google Drive – added to the administrative record, which contains the info the department considered while drafting the contract.

However, the court – siding with the government and AWS – said Oracle hadn't met the threshold required to allow further discovery, as the record "is sufficient as it stands" and has enough material to assess the contracting officer's decisions.

The court noted that one of the eight documents named by Oracle was already included in the record, while others duplicate information or facts were already there.

"Many of the facts that Oracle lists are included in the AR [administrative record], thus requiring no discovery to include in the record… Additionally, some of the 'facts' are unsupported by any evidence, casting only suspicion on Mr DeMartino and Mr Ubhi," the court said.

"None of the categories of documents submitted are necessary to supplement the AR. The AR as it exists allows the court to evaluate the [contracting officer's] investigation into conflicts of interest."

Judge Bruggink said Oracle wanted to use the motion to determine if there was a conflict of interest, but that this was not the court's role.

"Either of these examples [of materials sought by Oracle] might or might not have been appropriate for the [contracting officer] to investigate, but as the court held in [Jacobs Tech. Inc. v. United States], it is 'the agency – not the Court or [the protestor] – [that] is charged with conducting the [organizational conflict of interest] analysis and a [Procurement Integrity Act] investigation (if warranted),' and thus we will not usurp DoD's role."

Bruggink acknowledged Oracle's concerns about a possible conflict, and said it was possible the contracting officer should have considered more information – but that the existing record was sufficient to decide if this was the case.

"Our task on the merits will be to answer the narrow question of whether the agency reviewed the proper materials, asked the right questions, and articulated sufficient reasoning for its decision on the conflicts of interest."

Oral arguments on the cross-motions for judgment on the administrative record in the case will be held on 4 April. ®