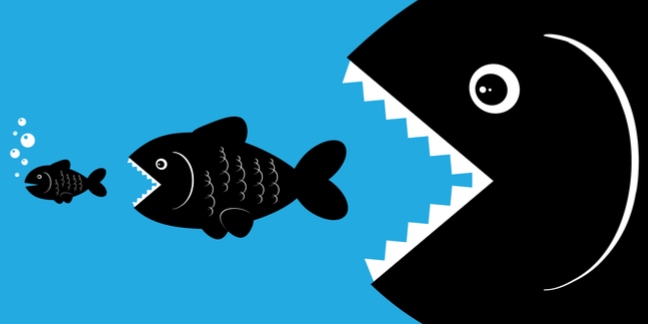 France Télécom's Orange has bought Brit-based infosec managed services provider SecureData to beef up its defences against the dark arts in the UK.

He said Orange has an "aspiration" to be the security kingpin across Europe, and the "primary reason" for hoovering up Secure Data was its presence in the UK, "the largest cyber security managed services market" in the region.

SecureData, whose SDH Holdco Ltd parent turned over £43.6m in fiscal '18 ended 31 July (PDF), up from £35.35m in the prior year, delivers around 50 services including pen testing, app assessment, managed threat detection, hunting and firewall. It has one security operations centre (SOC).

SecureData sits on the Blackhat and DefCon review board. It claims that consulting arm SensePost has provided advice to government, military organisations and big commercial entities.

Joining Orange will give SecureData more financial clout and access to the telco's forensic security services and nine SOCs to deepen services to existing punters in the UK.

Brown told us the demand for security services is holding up: "It's a pretty brave business that even in a downturn in the economic cycle cuts the security budget, because cyber crime continues to rocket."

More organisations, burned by hiring and training their own security team only to see staff poached, were instead preferring to buy managed services and getting off the "recruitment treadmill".

El Reg decided not to discuss Brexit with SecureData in detail because frankly, we – like the rest of the UK – are sick of it. ®

BOFH: Their bright orange plumage warns other species, 'Back off! I'm dangerous!'

Episode 9 It's for your own Health and Safety

MWC Part of trend by operators desperate to reinvent themselves