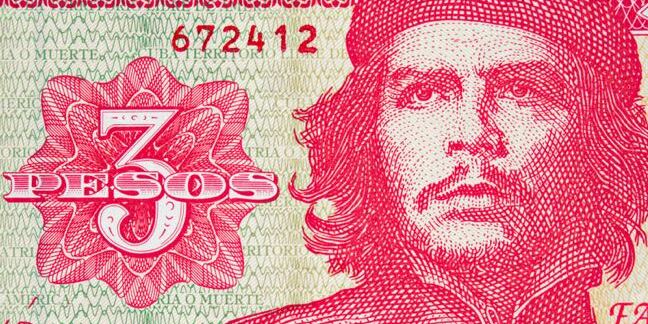 While Che shares its name with an infamous guerrilla leader, The Register has heard that's a reference to Cherkays, Ukraine, where much of the project's development has taken place. Even so, we think there's room for both interpretations because technology is so often touted as revolutionary.

"Existing developer tooling does not adequately address the evolving needs of containerized development, a challenge that we’re pleased to answer with Red Hat CodeReady Workspaces," said Brad Micklea, senior director of developer experience and programs at Red Hat, in a statement.

In a video from JavaOne 2017, Micklea explains that development on local hardware has a number of problems for large organizations. Onboarding new developers takes time and takes existing team members away from the project to help with that training, he says.

Also, local machine configuration differences can cause code to behave differently depending on where it's run from, he says, and source code is more difficult to secure on desktop machines than in hosted environments.

A sharable, secure hosted workspace containing an IDE, files, and runtimes offers a way around these issues and can result in almost 40 per cent more time available for writing code, he insists, pointing to purported data related to the use of Eclipse Che.

Red Hat gets heebie-jeebies over MongoDB's T&Cs squeeze: NoSQL database dropped from RHEL 8B over license

Sharable in this case means that a team member can share a URL that allows anyone with any modern browser, major operating system, and IDE to access their personal or group workspace.

Workspaces are based on stacks, container images that wrap specific programming languages with associated runtimes, compilers, tools, and utilities for easy deployment.

CodeReady also comes with a feature called Factories that can reproduce saved workspaces. Factories encompass source code, runtime and tooling configuration details, and commands – they can trigger tasks, like cloning a repo, starting a server, and deploying code there. They're intended to be everything developers need to provision and populate a Kubernetes dev environment.

Supposedly, CodeReady handles the mind-numbing management of Kubernetes artifacts (objects that reference external resources), allowing developers who are not container experts to focus on coding rather than operational configuration and maintenance.

CodeReady Workspaces are available to those with OpenShift subscriptions at no additional cost – sorry, Capitalists – and can be downloaded by Red Hat Developer Program party members. ®