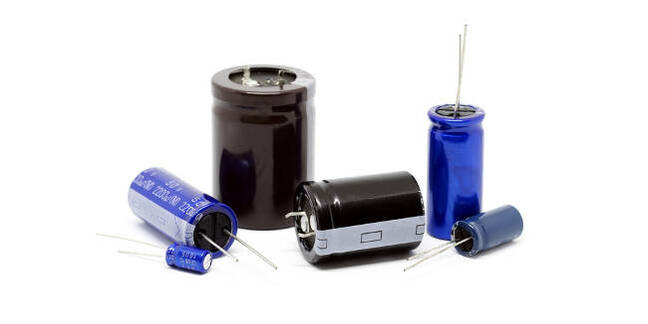 Cisco is fighting its own side's lawyers to get a bigger share of a component price-fixing payout, in the latest unedifying class-action legal battle in tech land.

The networking equipment giant wants $192m of apparently over-priced capacitor purchases it made to be considered when calculating how much of a giant pot of settlement money it should be given. Cisco has been joined by Aptiv Services, which wants $199m included.

In other words, there's a pot of compensation for organizations that bought the alleged over-priced capacitors, and Cisco and Aptiv want a greater share of it based on the caps they bought.

But the lawyers – who have argued the broad class-action lawsuit since 2014, and there are a lot of them – claim those sums aren't eligible for any cash. Instead, they argue, the millions of dollars in settlements so far should go to their own clients and, huh, the lawyers themselves.

The money itself comes from a number of different Japanese companies, including Hitachi Chemical, who have settled price-fixing claims in the capacitor market. Settlements from other manufacturers are expected soon.

The successful lawyers put forward a disbursement plan earlier this year for that money and it sparked a furious response from Cisco and Aptiv. "Objecting Members respectfully request an order directing that their second-round claims, including supplemental commerce for Incorporated Capacitors, be approved," the filing [PDF] from Cisco earlier this month argues.

The lawyers claim Cisco and Aptiv's purchases are not eligible since they are exceptions under the Foreign Trade Antitrust Improvement Act (FTAIA). Which basically means that they didn’t have an impact on the companies' sales within the United States.

Cisco and Aptiv, unsurprisingly, don't agree. They imported the finished products that incorporate the capacitors in question, their filing argues, and so they should be considered as being covered by the Sherman Act and not the FTAIA. A remarkable 48.6 per cent of Cisco products sold in the US included the capacitors in dispute, the company notes.

Furthermore, they argue, their lawyers should be arguing for them and not working against them: "Class counsel have an obligation to ensure and fight for the inclusion of these claims - though they have thus far declined to do so."

All of which is lawyer speak for: give me my damn money!

The price-fixing case started in 2014 when Chip-Tech sued basically an entire industry alleging companies in Japan were conspiring to throttle the trade of aluminum and tantalum capacitors – critical electronic components in devices – and so bump up the price.

None of those companies have admitted the charges, though they have slowly been settling for large sums: NEC, Okaya, Fujitsu, Rohm and Nitsuko settled in 2016, paying $32m. Hitachi and Soshi settled in 2017 for $67m. And at the end of December, more settled, putting a further $120m into the pot.

Then came the class-action lawyers' submission to the court where they broke out how that new money was going to be split and suddenly Cisco and Aptiv found that the products they had bought weren't considered relevant any more.

That was not what they had all agreed beforehand, Cisco and Aptiv's lawyers note with some disdain. Being lawyers, they have extensive notes about dates and events and happily provide them to the judge that will decide the issue, complete with appendices.

Just one example: "Objecting Members subsequently provided detailed responses to a number of questions posed by Class Counsel over the next week (id. at 3–10), despite Class Counsel’s apparent refusal to indicate whether global purchase data existed (id.Ex. F at 2), refusal to provide the corresponding purchase volume for the percentages of claims assigned to Cisco (id. Ex. A at 7), and prior refusal to provide defendants’ underlying data to analyze a purported duplication issue raised by Class Counsel for Aptiv’s data (MDL Dkt. No. 327 at 7:14–21)." You get the idea.