When in America, STFU and get a lawyer. Even if you're innocent 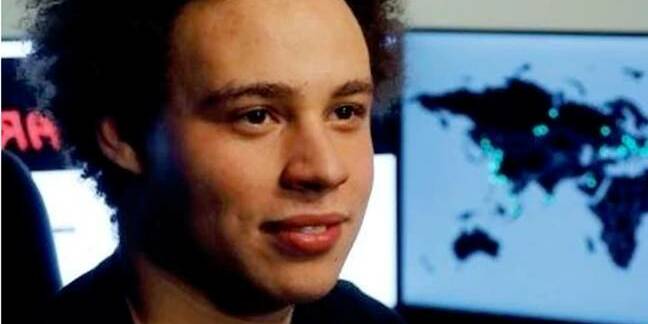 Marcus Hutchins, the Brit white-hat hacker who halted 2017's WannaCry ransomware outbreak, has failed to stop the American legal system using statements he made while recovering from the effects of holidaying in Las Vegas.

Hutchins, aka MalwareTechBlog, faces a criminal trial in the US over allegations he wrote parts of the Kronos online banking trojan in 2014. He denies this. The professional malware researcher was arrested in early August 2017 as he tried to fly home to England from the Def Con hacker conference in Nevada.

Def Con takes place in Las Vegas, and when you're a young bloke living it large abroad, the notorious Sin City has much to offer.

"Hutchins had spent much of the week partying, which included ingesting various intoxicating substances," federal district judge Joseph Stadtmueller noted this week (PDF) in response to Hutchins' motion to get statements he made thrown out. Hutchins' argument, in brief, was that after a week spent partying in Vegas he was tired, hungover, and generally in no fit state to cope with the legal system of a foreign country.

As the judge put it: "Hutchins argues that there is insufficient evidence that he received notice of his Miranda rights. This argument is a non-starter, in part because Hutchins acknowledges that he was read his rights." The Brit was also said to be "alert, engaged, coordinated and coherent."

As previously reported, while talking to an unnamed associate over a recorded prison telephone line, Hutchins appeared to admit to creating software nasties, at one point saying: "I used to write malware, they picked me up on some old shit," later adding: "I wrote code for a guy a while back who then incorporated it into a banking malware."

In his ruling, Judge Stadtmueller found that FBI Special Agents Lee Chartier and Jamie Butcher had been following Hutchins from the morning of the day he was arrested, having grabbed him at Las Vegas airport before he had a chance to get into the airport's bars.

The two g-men swore on oath that they had read Hutchins his rights before questioning him, though the judge also found that they did not show him the arrest warrant "until over an hour into the interrogation", noting that Chartier claimed he showed Hutchins the warrant immediately even though the recording of the interview showed this was untrue.

"A terrible hangover alone does not, as a matter of law, render someone unable to exercise or waive their Miranda rights," continued Judge Stadtmueller.

Hutchins appears to have dug himself a hole by confusing the American Miranda rights statement ("You have the right to remain silent; anything you say can and will be used against you in a court of law") with the British criminal caution ("You do not have to say anything. But it may harm your defence if you do not mention when questioned something which you later rely on in Court. Anything you do say may be given in evidence").

Because the UK has no legal right of silence when under state interrogation, Hutchins believed his best tactic was to answer the FBI agents' questions in full in the belief they'd let him go, instead of shutting up and getting a lawyer.

Though Judge Stadtmueller was sympathetic about Hutchins' confusion over these fine legal details, that sympathy didn't go very far: "In light of Hutchins' mental acuity, the Court cannot find that his waiver [of his Miranda rights, by answering the FBI's questions] was unintelligent."

The court also threw out Hutchins' attempt to have a fresh set of charges dismissed that were brought against him in June 2018, ruling that the second indictment was legally valid. ®

WannaCry is still the smallpox of infosec. But the latest strain (sort of) immunises its victims

Analysis Whatever you do, don't pay the ransom

'I regret these actions and accept full responsibility for my mistakes'

But it could've been worse, shrugs Apple supplier

WannaCry is back! (Psych. It's just phisher folk doing what they do)