Antisocial network may shell out billions to end watchdog's privacy probe, it is reported 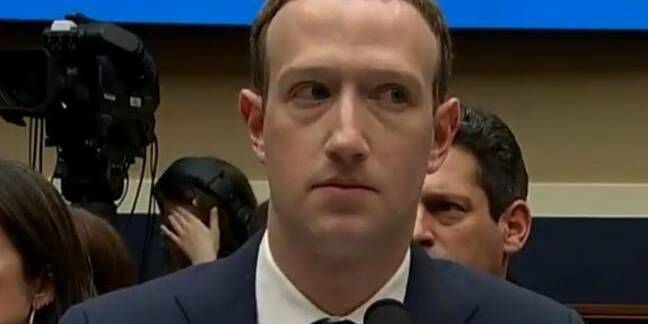 Facebook is reportedly close to breaking out its checkbook to settle the FTC's legal rumblings over the antisocial network's unique approach to netizens' privacy.

The tech giant, led by warm bread enthusiast Mark Zuckerberg, will cough up several billion dollars to disappear allegations it violated the privacy of its users by flogging off their data to the highest bidder, according to a report today by the Washington Post.

The US trade bod has been looking into the social network and how it safeguards people's private information since July 2018, when word broke that Facebook had supplied political operatives at Cambridge Analytica with the profile data of tens of millions of users.

That info was reportedly used for a number of political campaigns, including (allegedly) efforts on behalf of Brexit campaigners and Donald Trump's successful 2016 White House bid.

"We are cooperating with officials in the US, UK, and beyond," Facebook said in a statement to El Reg. "We’ve provided public testimony, answered questions, and pledged to continue our assistance as their work continues."

The FTC did not respond to a request for comment.

According to the report, Facebook – which has $10bn cash-in-hand right now and banks around $6bn in profit a quarter – would shell out a "multi-billion dollar" package in the settlement deal, dwarfing the $22.5m Google had to pay the trade watchdog back in 2012 when it was caught bypassing privacy settings in Apple's Safari browser.

Not to dump on our friends back in Blighty, but the UK was only able to, by law, squeeze half a million quid out of Facebook despite blowing more than £2m on its investigation into Zuck's mob, a figure the UK's Information Commissioner's Office is still having to defend.

The deal in the US is far from finalized, however, and the WaPo notes that no specific dollar amount has been agreed on and Facebook has "expressed concern" about some of the conditions, leaving the door open to a court battle between the social network and Uncle Sam's trade regulator. ®

It knows where the gravel pits and power lines are. So, Ordnance Survey, where should UK's driverless cars go?

All part of master plan to convince people to go outside