If only Slack would go down too, we could get some work done

Updated Microsoft's collaborative Slack-alike, Teams, is having a difficult start to the week, with users unable to log in to share their hopes, dreams and Word documents with their co-workers.

Problems started at around 13:00 UTC, as users found themselves presented with connection errors as they attempted to hook up to the service. Naturally, they took to Twitter to share their experience.

The problem appears to be global, but not all users are affected. Some tenants are reporting no issues at all, while others are finding the mobile app works, but the web and desktop apps are failing.

Here at El Reg we can confirm that the web version is definitely down at Vulture Central. While we can get past the login screen, something within the bowels of Redmond is clearly very poorly as an "internal server error" is vomited at us after entering a password. 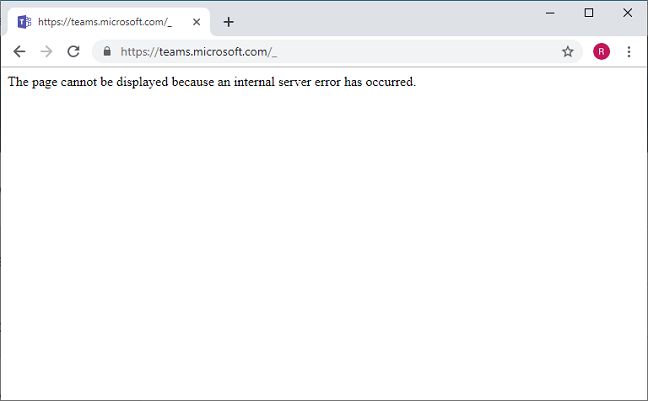 It isn't a good look for Microsoft. The official Twitter orifice for the product has yet to deposit an explanation outside of the usual marketing drivel although the Office 365 gang has woken up to the sound of wailing and put out a tweet at 14:33 UTC confirming that, yup, it's down and the team is "investigating".

We can but hope they are not discussing the issue among themselves using Teams because, well, you know.

We're investigating an issue in which users may be unable to access Microsoft Teams. More details can be found in the admin center under TM173756.

Users with access to the hallowed admin portal were able to find out a little more, but as of right now it is a waiting game to see when Teams might reappear. Time for a long lunch for affected Europeans or maybe another morning coffee for those users unable to log in from across the pond.

We have, of course, contacted Microsoft to find out what has happened and will update when a response is forthcoming. ®

Aaaand it's back. The Microsoft 365 gang confirmed things were up and running again in a 19:00 UTC tweet:

We've implemented a configuration change to Teams authentication infrastructure which resolved Teams connectivity issues. More details can be found in the admin center under TM173756.

A Microsoft spokesperson did not elaborate on what made the authentication infrastructure quite so poorly, simply telling us: "We can confirm that we have fully resolved connectivity issues that some users may have experienced."