And it makes you look silly

MWC Hands On There are a couple of reasons why air gesture interfaces haven't taken off – they make you look silly, and they're hard for phone makers to get right.

LG has been having a low-key Mobile World Congress, but its most eye-catching feature has been an attempt to implement waving your hands about as a method of interacting with its smartphone. It was immediately apparent why this hasn't come to market earlier.

The "Air Motion" UI, which found in its new V50 ThinQ 5G and LG G8, requires you to draw shapes with your hand over the phone. It was like playing an invisible theremin. But it was hard to master and unreliable.

The phones use Infineon's "time-of-flight" (ToF) 3D sensor, unveiled a couple of weeks ago and technically very interesting. 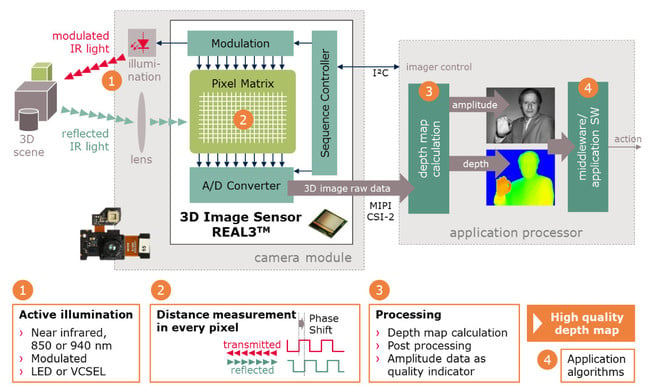 The industry demanded a 3D face unlock on a par with Apple's, and Infineon was one vendor that delivered. There are other approaches, using structured or stereoscopic light, and these will also be used in robotics. It's very small indeed, as you can see: 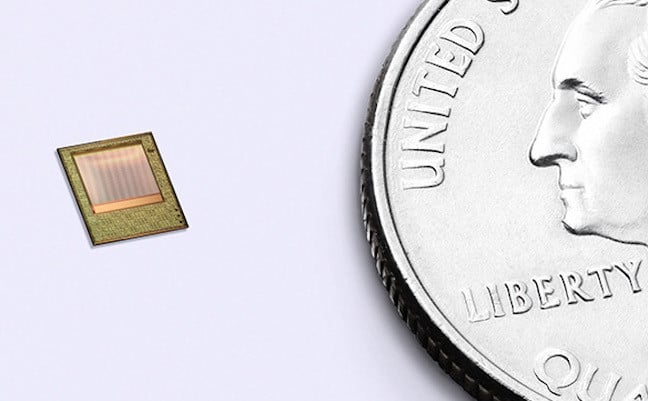 This is obviously useful for more than secure face unlock. LG candidly admitted its implement of air gestures is an early work in progress.

To activate, it requires you to make a peculiar claw shape and pull your hand away from the phone. Then you move it left or right.

Another use is "Hand ID". Everyone has a distinctive hand and hand movements, LG said, and can differentiate between users, since the ToF sensor is mapping your veins. Hmmm, you may be thinking. As I did. 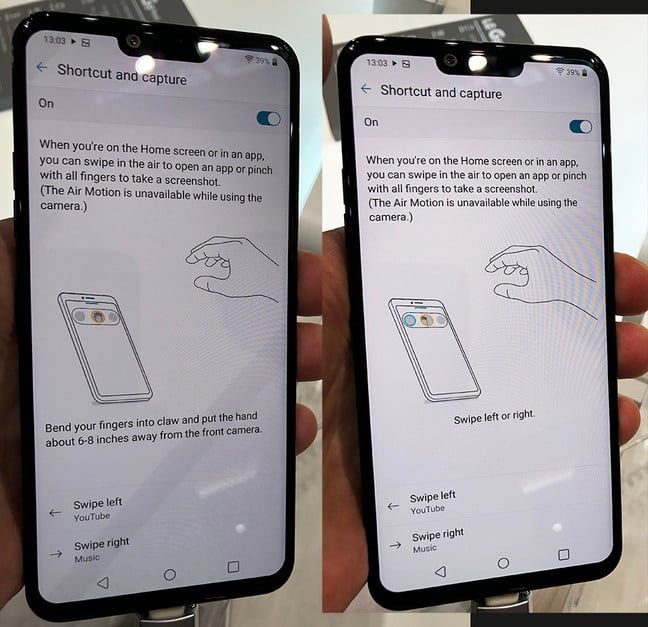 There are a lot of variables for a shape recognition system to get wrong here, and it did, most of the time. And you'd think the well-lit conditions would have been favourable.

Both models – one 5G, one LTE – are sterling efforts, perhaps focused more at the US, where Huawei hasn't made inroads into the market, rather than Europe, where the Chinese giant has almost muscled LG, Sony and HTC off the high street.

The 5G model, the V50, builds on last autumn's V40 but with a heftier battery and vapour cooling – a sign that 5G will draw more power in its early days. 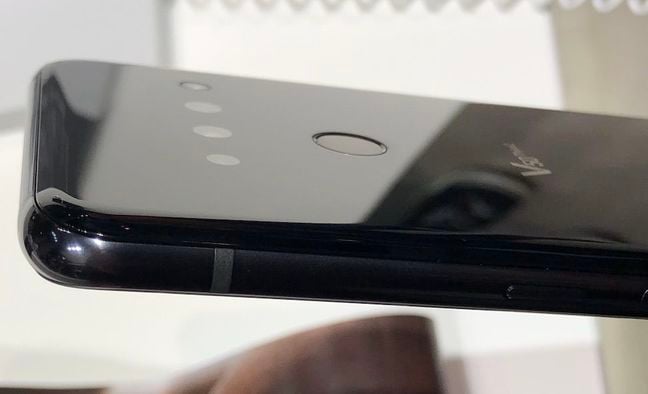 The G8 gets an OLED panel (6.1inch, 1440x3120), but is otherwise much like last year's G7 – outstanding audio thanks to a dedicated Quad DAC and a rich set of supported hi-rez audio codecs. But it also retains the cute, Korean-flavoured UI that seems odd and a little dated today.

LG's TV UI, based on webOS, is very nice to use. Samsung could do worse than give its Androids a similar makeover. 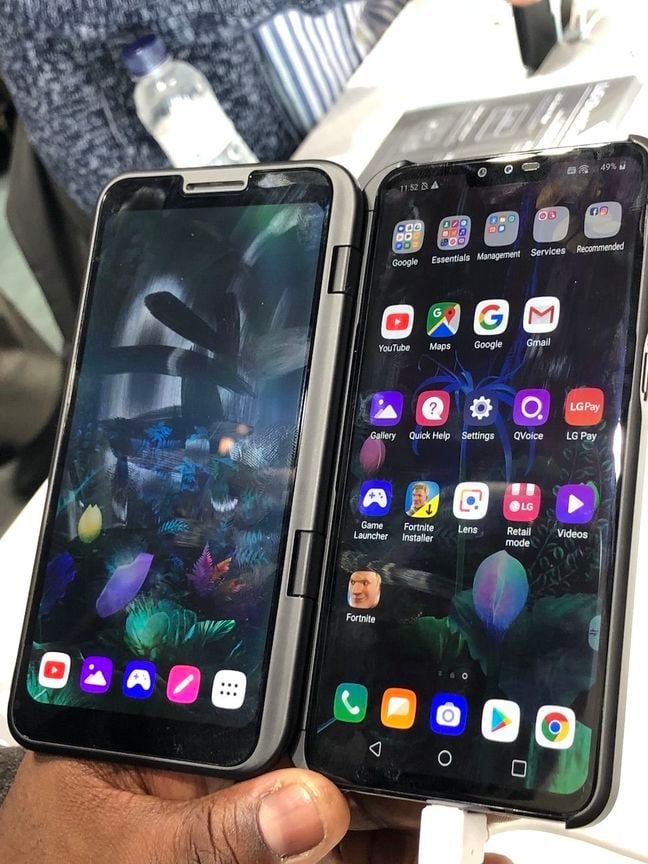 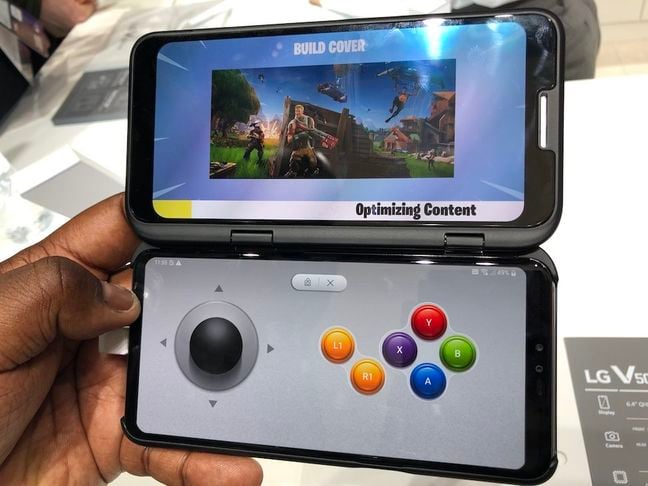 The phones are unusual in another respect: there's no top speaker. Instead they possess the remarkable ability to transmit sound through the display, something a British company called Redux pioneered. Redux was snapped up by Google last year. LG has had something similar for years in its flat-panel TVs and last year's G7 had the party trick of amplifying audio by resonating it through a surface such a table (or overturned metal dustbin).

LG has ducked out of going head to head with Huawei and Samsung with a foldable at MWC. Instead there's a display accessory attached to the phones via pogo pins, and it communicates via Wi-Fi Direct.

Second screening, then. Gestures allow you to flip apps between the displays, and suggested use cases include a games controller pad. But not much else so far.

LG sells excellent TVs based on its own display panels – we expect a decent true foldable will appear eventually. ®