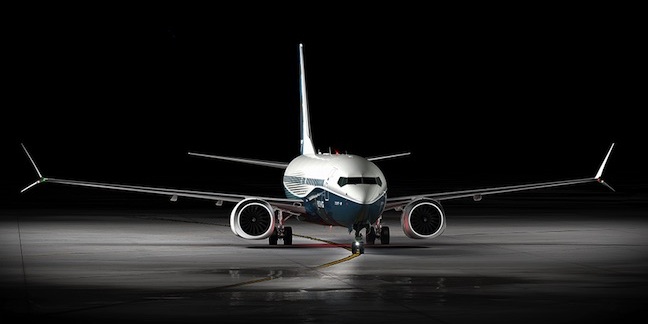 China has grounded all Boeing 737 Max 8s on its civil aircraft register after one of the US-made airliners crashed yesterday near Addis Ababa, Ethiopia. Operators in other countries, including South Africa and Thailand, have followed suit.

A four-month-old 737 Max 8 operated by Ethiopian Air came down on Sunday shortly after takeoff, killing all 157 people aboard. An identical aircraft crashed about four months ago in a flight operated by Indonesian airline Lion Air, killing 189 people.

Ethiopian Airlines flight ET302 hit the ground six minutes after taking off from Addis Ababa airport on a scheduled flight to Nairobi, Kenya. The owner of the farm where the 737 crashed told news agency Reuters that the aircraft was making a strange noise and made a sudden turn just before it plunged.

The deadly crash was followed by a round of groundings around the world: at least Ethiopian Air; Cayman Airways; Chinese, Indonesian, Mongolian, and Thai airlines; and South African carrier Comair have stopped their 737 Max 8s from taking off.

"Given that two accidents both involved newly delivered Boeing 737 Max 8 planes and happened during take-off phase, they have some degree of similarity," the Civil Aviation Administration of China said in a statement.

US carrier Southwest, which has a significant fleet of 737 Max 8s, said: "We remain confident in the safety and airworthiness of our fleet of more than 750 Boeing aircraft."

Boeing, the US Federal Aviation Administration, and the EU Aviation Safety Agency have not issued any directive to ground Boeing 737 Max 8s.

"Boeing is deeply saddened to learn of the passing of the passengers and crew on Ethiopian Airlines Flight 302, a 737 Max 8 airplane," a spokesperson for Boeing told us.

"We extend our heartfelt sympathies to the families and loved ones of the passengers and crew on board and stand ready to support the Ethiopian Airlines team. A Boeing technical team will be travelling to the crash site to provide technical assistance under the direction of the Ethiopia Accident Investigation Bureau and US National Transportation Safety Board."

One of the lines of inquiry that investigators of the Lion Air crash in late October are looking into is the 737 Max 8’s Manoeuvring Characteristics Augmentation System, or MCAS. MCAS is an automatic trimming system that is intended to help the pilots avoid stalling, according to Flight Global.

When the two “black boxes” – flight data recorders – were recovered from the wreck of Lion Air flight 610, they showed the MCAS system had begun operating while the Boeing jet was still in its climbing and accelerating phase of flight after takeoff. It eventually trimmed the 737 Max 8 fully nose down, potentially because of faulty angle-of-attack (AoA) data being supplied to the MCAS unit. AoA data is one of the critical indicators of whether an aircraft has stalled, or is about to, stall, or not.

Initial indications are that flight ET302 took off, climbed briefly, and then dived into the ground. Investigators have so far recovered one of the aircraft's two black boxes by the time of writing. ®