There was yet another net neutrality hearing today in America, and it was all straightened out amicably and smoothly

No, of course it wasn't 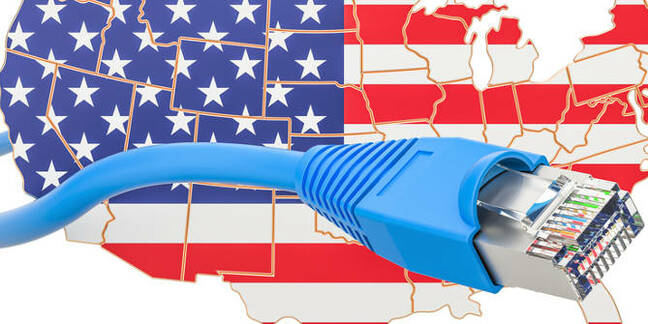 If there was any hope that Congress will make progress on resolving the battle over America's net neutrality protections this legislative session, it was surely snuffed out during a hearing on Tuesday.

Which is odd as the session centered on a new piece of legislation that already has more than 100 co-signers, and lawmakers have claimed will finally bring the issue to a close. It's called the Save The Internet Act.

Mike Doyle (D-PA), chairman of the House energy and commerce subcommittee, started the panel's hearing by warning Republicans that the session was only going to be about the Democratic bill and if they wanted to raise any other topics, they would have to do so at some other time.

Not to be outdone, Greg Walden (R-OR) started his statement by pointing out that only one witness was a Republican and then – seemingly unaware of the obvious contradiction – complained that the Democrats on the committee weren't considering a bipartisan legislative approach.

Walden then went on to ask if he could take action against witnesses who did not provide accurate testimony even if they were not under oath – and was told that yes he could.

It's a wonder at that point that the four expert witnesses invited to the hearing, including a former head of the FCC, didn't just walk out and spend their time more productively at a nearby bar.

But it got worse. Ranking member Bob Latta (R-OH) took his time to wonder aloud what the point of the hearing was as the committee had had one on the same issue just a month ago. And then he answered his own question in the worst possible way: by pointing out that the Save The Internet Bill was never going to pass and the Democrats were wasting their time.

Undermining your own credibility

If there was anything at all useful that came out of the hearing it was the fact that both sides' pretence that they are talking to the other was undermined by their own questions and statements. And that includes the witnesses.

Tired of smashing your face into the brick wall that is US net neutrality? Too bad. There's a long way to go yet, friends

General counsel of fiery net neutrality advocates Free Press, Matthew Wood, took up a whole part of his testimony [PDF] to attack a witness at the previous net neutrality hearing.

Wood highlighted what the executive from Eastern Oregon Telecom (EOT), Joseph Franell, said and then implied he had misled Congress. "EOT testified last month that during 2015 and 2016, the company 'could not get loans from the bank' saying it was 'only as we started to hear the commitment from the new FCC to repeal Title II that we started to see the cash open up'," Wood said.

He then carefully added the caveat "Free Press Action has no way of knowing what passed between EOT and its bankers or prospective investors" before making it plain that it felt the testimony was false by listing a number of press releases and investments that the company has announced.

As it turned out, this part of the testimony is what had sparked Representative Walden's odd question about whether he could take action against witnesses that did not provide accurate testimony.

He quizzed Wood, asking him if he had attempted to contact the executive in question before appearing in front of Congress and implying that he had misled the legislative branch of the US government. No he had not, answered Wood.

But if anyone is to blame for this kind of hopelessly unprofessional behavior, it is the Congressmen themselves. Walden, and other Republican representatives, repeatedly raised the fact that the Democrats hadn't communicated with them while producing the Save The Internet Act. And that – they pointed out - was despite Republicans making it plain that they sought bipartisan agreement.

How can Democrats expect to pass legislation if they won't even talk to the other side? And why therefore hold a hearing on a bill that, according to Representative Pete Olson (R-TX) "will die in the Senate. It's dead"?

Well, it turns out that the Republican "bipartisan" effort wasn't. Doyle pointedly noted that he must have missed Walden's phone call before Republicans introduced their three net neutrality bills. They were bills that "we didn't know about," he said.

And then both of them – Doyle and Walden – then made a point of telling everyone that their "doors are open" before acknowledging that neither of them had "wandered into" the other's office before introducing actual legislation.

Congress is a joke. And it's not a funny one. ®