Facebook acknowledges asking you to invite your dead pals to parties is 'painful', plans to fix it

Also promises to tell users that they are the product... like many of you didn't already know 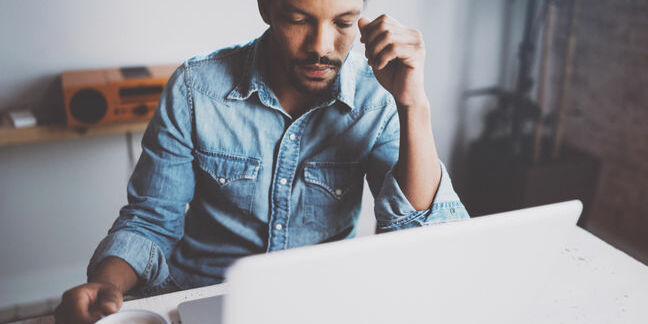 Facebook will alter its AI so it doesn't poke you to invite your dead friends to parties. For those still in the land of the living, the data slurping biz has also agreed to tweak its Ts&Cs so members know their personal information is the source of the creepy corp's income.

The Social Network™ – under a constant barrage of criticism as it realises multibillion-dollar companies can't act like startups – takes every opportunity to point out the "good things" it is doing.

And the latest announcement, that it is changing the way its systems deal with users who have passed on to a different social media plane, is one of those.

A post purportedly penned by COO Sheryl Sandberg acknowledged that family and friends often don't want to memorialise a profile as soon as their loved ones die.

However, if that's the case, the systems still treat the user like everyone else, suggesting that friends wish them happy birthday or invite them to events. Which is – natch – quite bloody distressing.

Facebook also pushes inane "remember when this happened?!" messages at friends who might not want surprise gut-punches that their nearest and dearest is no longer with them.

Or, as Facebook put it, having them appear "in painful ways". The tax efficient, data slurper said it will use AI to stop this happening when someone has died but their account hasn't yet been memorialised.

(In a demonstration of the level of moderation such PR posts get before publication, the firm initially said it was developing an AI for memorialised accounts – which didn't seem like something that would need AI.)

The Zuckerborg has also promised to change its terms to give users more detail on what it actually does with their data, in an agreement signed with the European Commission.

The commission was spurred into action after revelations about data use by Cambridge Analytica and subsequent scandals about the extent of Facebook's data collection, and issued a statement setting out the expected changes.

In particular, Facebook will explain that it doesn't charge users because its business model is predicated on sucking up data - their personal currency - then allowing companies to use this to thrust targeted ads back at them. There are possibly some people in deepest, darkest Borneo that are still not aware of Facebook's business model.

The terms will also see Facebook: "acknowledge" its responsibility in cases of negligence and data being mishandling by third parties; clarify users' rights to appeal when content has been taken down; and tweak rules on the temporary retention of content that users have deleted.

The commission added that Zuck et al had agreed to temper the firm's ability to make unilateral changes to its terms, so that these are only be made when they are "reasonable" and take into account users' interests.

In a statement, European justice commissioner Vera Jourová welcomed the fact the firm had pledged "straightforward language in its terms of use".

Of course Facebook is a master of dark patterns, crafty phrasing and PR bluster, so the proof of the pudding will be in the eating. The firm has until the end of June to make the changes, which it has said will be applied globally. ®