Yay, you lose weight and get rad hardened in space! Nay, your genes go awry and your brain slows down when you return to Earth! 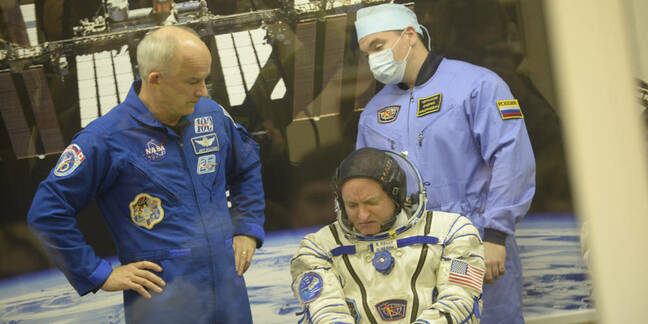 Spending your days floating in space may give you a nice break from Earth, but be warned, your body might not fully recover when you decide to come back down.

NASA astronaut Scott Kelly found this out the hard way when he circled the International Space Station (ISS) for 340 days. Kelly is among the group of 559 people who have gone up to space so far but he is a particularly useful human guinea pig to study what effects space has on the human body for one reason: He’s a twin.

Researchers, therefore, can use his identical twin brother, Mark Kelly, who also happens to be an astronaut, as the perfect control. One twin goes up to space, and the other stays on Earth. They’re genetically matched, so scientists can compare the differences in both of their bodies over time.

The twin brothers were 50 years old at the time of the study (now they’re 55) and submitted a whole range of cognitive, physical and biological tests – hell, even their feces were examined, before during, and after Scott traveled to the ISS. The results have been published in a Science paper.

Scott’s space stools showed that he had gained new bacteria in his gut. “There seems to be a small but significant effect on the microbiome caused by spaceflight,” said Stefan Green, co-author of the paper and a molecular biologist at the University of Illinois.

“Whether the changes are due to the different food, microgravity, or radiation we can't say definitively, but I believe the effect was caused by differences in what he was eating while in flight. An astronaut's diet consists of mainly freeze-dried or thermo-stabilized prepackaged food.”

Gut bacteria is vital for digesting food and fending off infections, but the change in Scott’s microbiome didn’t seem to affect his health too much. His T-cells, a type of cell part of the body’s immune system, were fine and his microbiome returned to normal within six months of leaving space.

But other bodily changes have persisted. About 8.7 per cent of his genes changed and did not go back to normal within six months of being back on Earth. The researchers are still trying to decipher what effects this has had on Scott’s body, but said it didn’t necessarily mean that his DNA was mutated.

He was also subjected to an effective radiation dose of 146.34 millisieverts (the average annual radiation dose per person in the US is about 6.2 millisieverts). To cope, some of the genes responsible for controlling DNA damage seemed more activated and enriched.

Susan Bailey, co-author of the paper and a professor of radiation cancer biology and oncology at Colorado State University, said “the most striking finding" was Scott’s telomeres. Found on the end of chromosomes, these structures made out of nucleotide sequences protect chromosomes from breaking down.

Shorter telomeres have been associated with aging. It appears that Scott’s telomeres stretched in space, suggesting that his cells were more active and young. The effect was short lived, however, as his telomeres shrunk. They didn’t revert back to normal lengths, however, and are now, instead, even shorter than before he went to space.

“We all worry about getting older, and everyone wants to avoid cardiovascular disease and cancer. If we can figure out what's going on, what's causing these changes in telomere length, perhaps we could slow it down. That's something that would be of benefit to everybody." said Bailey.

Another worrying result was Scott’s cognitive abilities. A series of ten tests, involving things like emotion recognition and pattern matching, showed a decline in performance after space. The lack of gravity pushes fluid up to the head, increasing the amount of pressure exerted on the brain.

NASA hopes to use these results to influence its decision in sending astronauts to live on Mars or in orbit around the Moon.

“Data from this study indicate that at least 10 key physiological processes were influenced by long-duration spaceflight, which serve as targets for development of countermeasure interventions during future exploration-class human space travel,” the paper said.