High potential of cutting off the nose to spite the face 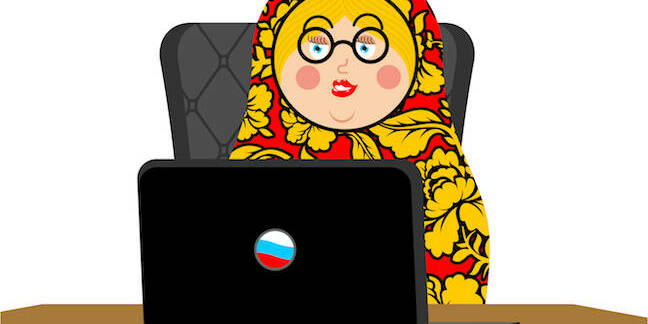 The Russian State Duma, the lower house of parliament, has voted to approve the controversial bill that would give politicians powers to isolate the country from the internet.

The so-called "sovereign internet" bill is on track to become law by 1 November, and according to local newswire TASS, the implementation is expected to cost ₽30bn ($470m, £356m).

Technically, the law doesn't aim to separate Russian internet infrastructure and resources – popularly known as runet – but to ensure their continued operation in the event global networks are inaccessible, or if a hostile power attempts to shut down connectivity to and from Russia.

The effort has been criticised in Russia and abroad as it would likely reduce network performance and introduce much greater potential for state censorship – already a massive problem in Russia, thanks to its vague anti-terrorism laws and restrictions on the use of VPNs.

The US government-funded nonprofit Freedom House currently rates Russia as "not free" in its internet freedom report, with the country's score declining six years in a row.

There are also considerable practical challenges in implementing the sovereign internet – among them the need to create a national Domain Name System (DNS).

In order to deliver on its promises, the law would essentially force ISPs to funnel all internet traffic in and out of the country through monitored internet exchanges located in Russia.

"This would make it easier for the authorities to expand internet censorship and isolate the nation from the global Internet in times of conflict," said Ameet Naik, technical marketing manager at network monitoring specialist ThousandEyes.

"However, this would also force internet traffic through suboptimal paths, and through performance-limiting filtering gateways. This would most likely degrade the user experience for Russian users browsing sites and apps outside the country and provide an advantage to services hosted within the country, as we've seen happen in China."

The implementation of the law will be managed by Roskomnadzor – the organisation that previously used its mighty banhammer on Archive.org, Wikipedia, LinkedIn and more recently encrypted communications service Telegram.

According to TASS, as part of the implementation process, ISPs will have to deploy unidentified hardware, dubbed "technical means of countering threats" in the text of the bill, which will be provided by Roskomnadzor.

The decision on why and when to cleave the country away from the internet will be up to the government ministers.

According to Leonid Levin, chair of the State Duma Committee on Informational Policy, Technologies and Communications, a single day without access to the internet would cost the Russian economy 20 billion roubles ($311m, £237m).

The number was quoted to justify the adoption of the sovereign internet law – remember, the official position is it will ensure ongoing connectivity in extreme circumstances, rather than separate the country from the rest of the civilised world.

Despite its myriad issues, the Duma voted 320 to 15 to pass the proposed bill in its second reading.

Naturally, the idea of having all of their traffic monitored by the state is not going down well with Russian citizens, especially young people who have grown up with the internet and need their PewDiePie.

On 10 March, Russia saw a wave of small-scale protests against the sovereign internet bill, organised by the country's Libertarian Party. In Moscow, 15,000 people took to the streets. Telegram creator Pavel Durov and opposition leader Alexei Navalny were among the supporters. ®