While the UK government has been trumpeting Blighty's ambitions in the great beyond, a little bit of Scottish satellite infrastructure will close its doors for the last time this month.

Following a decision last year by the Natural Environment Research Council (NERC) to cut funding for the facility, the University of Dundee opted to close the Dundee Satellite Receiving Station (DSRS) when the money ran out on 31 March. The facility has soldiered on for a few more weeks, but the shutters will finally come down at the end of April, bringing to a close more then 40 years of operations.

As the name suggests, the DSRS captures broadcasts from satellites passing in range of its receivers, giving scientists a handy one-stop shop for getting hold of data such as climate and meteorological information.

It arose from work done in the 1960s by Peter Baylis and Dr John Brush on picking up data from weather satellites. A 3.7-metre reflector was acquired, and the team was able to take data from the Very High Resolution Radiometer (VHRR) instrument on the National Oceanic and Atmospheric Administration (NOAA) 4 and 5 satellites. The two spacecraft were launched in 1974 and 1976 respectively.

Archival of the data began in 1978, with the launch by NOAA of the TIROS-N satellite, which operated until 1981 and carried the first Advanced Very High Resolution Radiometer (AVHRR) instrument. Funding of the DSRS to capture and distribute the data to UK researchers was taken care of by NERC.

Storing the data presented a challenge for the team – initially 75MB of raw data was generated by each satellite pass, more like 93MB when converted from 10-bit to 16-bit data. To put that in context, the first 5.25-inch hard drive, the Shugart ST506, debuted in 1980 with a mighty 5MB of capacity.

The gang therefore used a 14-track tape recorder to capture the data, running at a slightly slower than normal 29.5 inches per second in order to squeeze two passes on a single track. The tape recorder continued to be used as a backup even when the team moved to Sun workstations toward the end of the 1980s. The Sun hardware was also able to process the data in real-time (unlike the PDP-11 originally used). 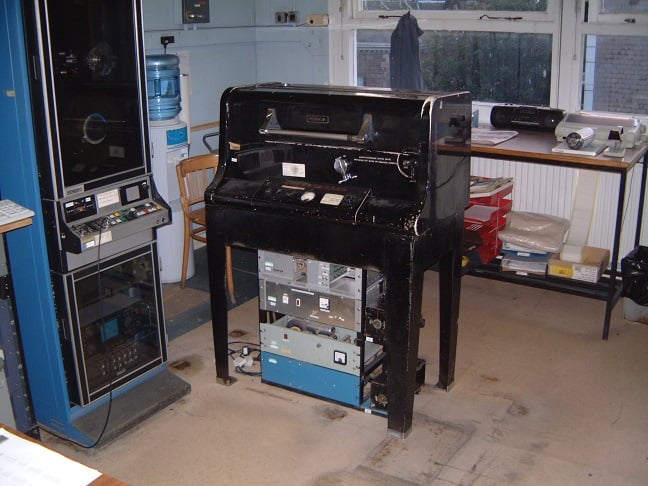 Fans of retro hardware will also be delighted to note that quick-look images for browsing purposes were generated from the data using an ancient Muirhead fax machine, dating back to the first half of the 20th century. Admittedly, the team stripped out the old electronics and retuned the motors to run synchronous to the satellite data rate, but the fact the machine remained in use until the early 2000s is undeniably impressive.

Improvements in inkjets and a drop in demand for photographic products were what ended the machine's long life rather than a mechanical failure.

By the time the funding axe fell, the group had around 388TB of storage at its disposal. Handy, because the data being spewed down had hit 1.5GB for the NASA Terra and Aqua spacecraft alone. Indeed, the DSRS has nabbed data from a wide variety of satellites, including Nimbus-7, SeaStar and further NOAA spacecraft as well as Meteosat (although for the latter, data is normally only archived for a few days). 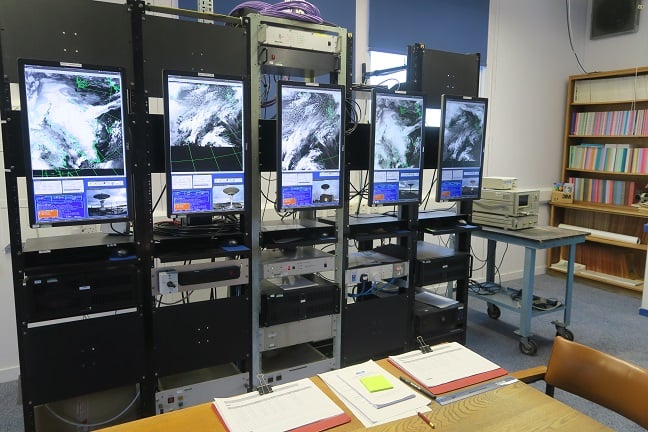 So impressed was the ESA with the team's efforts that the original developers ended up commissioned to publish a design and construction manual for others to create similar systems.

The archive itself is kept on tape and CD-ROM, and the team will cheerfully supply enhanced photographic images on request. While the last six days' worth is available on disk for quick browsing, something a bit older can be restored if needed.