Behold, the insides of Samsung's Galaxy Fold: The phone that tears down all on its own

Updated You'd think a forensic teardown of the first commercially available foldable smartphone – the Samsung Galaxy Fold – may be less challenging than most, given the device's propensity to do it itself.

But that isn't the case. iFixit's disassembly turns out to be a fascinating account of the mechanical engineering challenges Samsung has overcome, and still faces, in turning a promising lab technology into a durable product. It merits close reading.

The chief finding is that display protection seems to be the unresolved issue here. Though the OLED is flexible, iFixit found that the mounting isn't so much.

"The slim bezels clearly aren't flexible enough to cross the fold. Did Samsung decide this fragile screen could survive in the open? Or was there no sufficient material to be found?"

The screen effectively floats inside the outer bezels, making it more vulnerable to particle ingress. This was confirmed by at least two recipients of review samples. A bit of grime caused havoc.

Sigh. A little grain of something found its way beneath my Galaxy Fold display. Like the saying goes: "not surprised; just disappointed." Sending this back to Samsung hoping they figure out a way to seal up that hinge.

"We didn't find... any hinge ingress protection – those large gaps around the spine let dirt right in, possibly getting trapped between hinge and display. While it might fall back out again, anything that gets lodged between the fragile display and its hard metal backplate could become a fatal pressure point when the phone is unfolded." 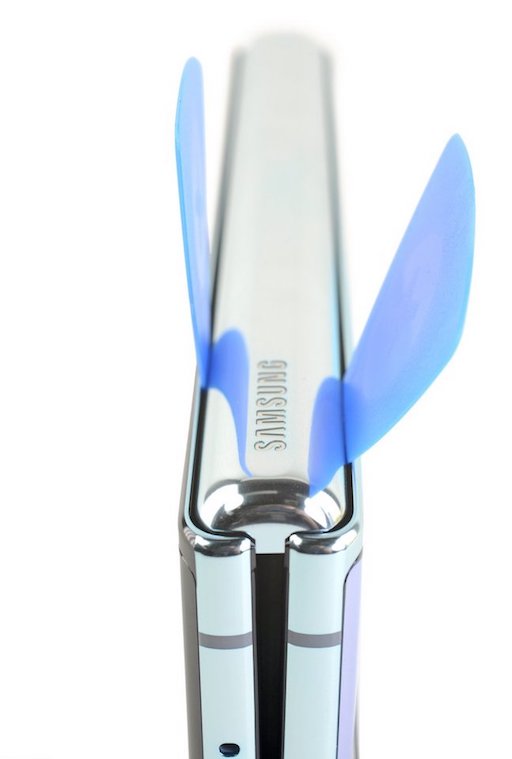 What about the notorious protective film, which some bloggers were so keen to tear away? iFixit said they shouldn't be surprised.

"In all known cases (including ours!), removing this layer kills the display. The display could technically function without the layer, but it is so tightly adhered and the display is so fragile that it's difficult to remove without applying display-breaking pressure."

Other design decisions make sense, although the "innie" approach of the Fold demands a lot of electronics. There are six camera sensors, for example. And obviously, two displays. The motherboard is split into two parts, and Samsung deploys two smaller batteries – 2135 mAh and 2245 mAh – one in each half. Huawei's design with its Mate X Fold packs much of the electronics into a bar on one side of the device, allowing for a slimmer unit, and creating a natural, grippy handle.

"It's been a while since we've seen a phone with this many gaps, with the industry trending away from moving parts and towards sealed slabs. It'll be interesting to see how future folding designs overcome these weaknesses," said iFixit. 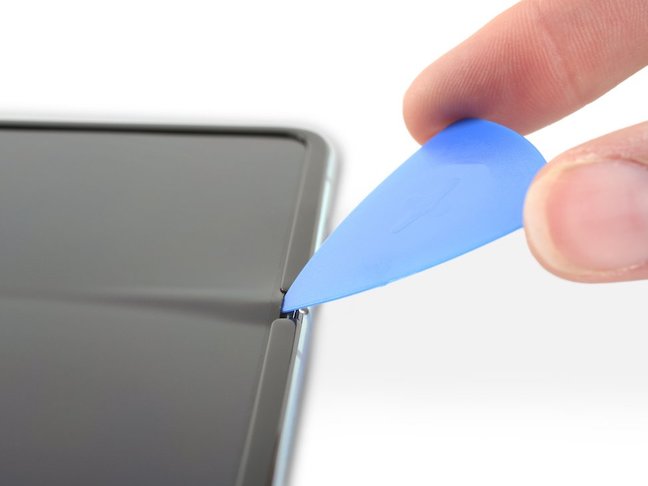 So will the rest of the industry.

The teardown is a reminder that while algorithmic wizardry garners all the mystique, it's the boring old materials scientists who really make a difference to the technology industry. They have kept Moore's Law on the rails. And until a flexible, durable holder for the display can be found, the industry might have to put the pholdable on pause. ®

iFixit has torn down its teardown under pressure from Samsung, stating:

We were provided our Galaxy Fold unit by a trusted partner. Samsung has requested, through that partner, that iFixit remove its teardown. We are under no obligation to remove our analysis, legal or otherwise. But out of respect for this partner, whom we consider an ally in making devices more repairable, we are choosing to withdraw our story until we can purchase a Galaxy Fold at retail.