Hipster-friendly chat app Slack frantically wants to turns itself into a development environment to fend off the Microsoft juggernaut.

This week Slack added a "Workflow Builder" among other features. In February, it introduced Block Kit APIs to encourage third-party developers to integrate deeper into the avocado-masher's favourite yak app. This development is aimed more at end users. You'll now be able to send a Slack IM to someone's email address, which is fairly ironic, as when Slack launched in 2013 it boasted that it would eliminate the need for email. 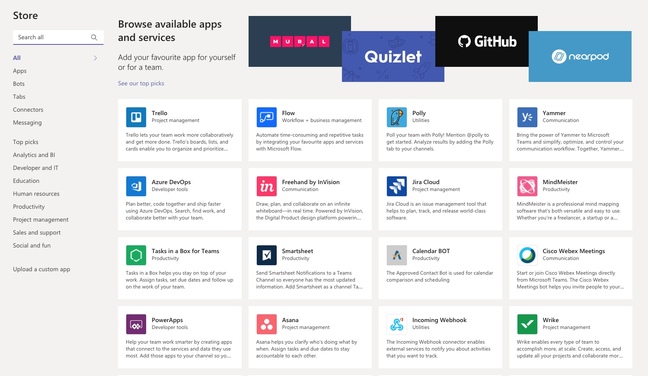 Teams has added a wide range of third-party apps

Farewell then, Slack: The grown-ups have arrived

Slack's great attraction is its UX, but its Achilles' heel is its cost. Slack is essentially charging for a service others can add at no cost.

Microsoft launched Teams in late 2016 and unbundled it from Office 365 last summer so anyone can try it.

Enterprise-grade Slack costs businesses from £60 to over £100 per user per year, while Microsoft's shameless clone is free, and will even keep your old messages around – unlike the pared-down free version of Slack, which throws them away. Microsoft has also built up impressive third-party support, cutting into Slack's lead.

No wonder, then, that a survey last year found that Microsoft's two chat platforms (Teams and Skype for Business, formerly Lync) are used in 65 per cent of businesses, compared to 39 per cent two years ago. Slack has increased its penetration from 13 to 15 per cent, far behind Teams.