Also, Mozilla looks at how healthy the internet really is 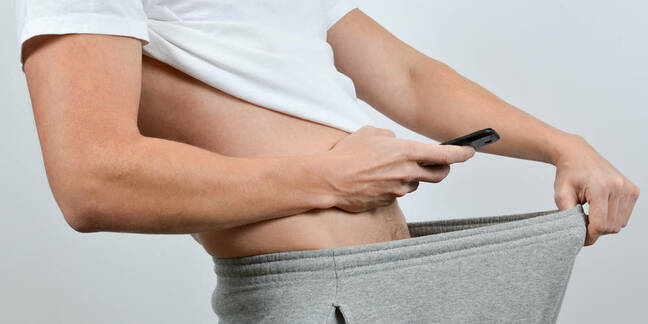 Roundup Let's start the week with some bits and bytes of machine-learning news.

Is this the year of the transformer and attention? OpenAI has been working on two separate AI systems that can predict the next items in a given sequence of patterns. One model, Sparse Transformer, can work with text, images, and sounds, and the other, MuseNet, works with sounds only to produce musical compositions.

The Sparse Transformer system is a deep neural network that makes use of attention, the same technique used in its large language GPT-2 model. Attention helps neural networks analyze the overall structure of the input data so it can be modeled and fill in the blanks given a specific input.

Here, the Sparse Transformer is asked to do things like complete an image when half of it has been blacked out, or listen to a classical music clip and add more notes to finish the composition. You can read all the nitty gritty mathematical details of how it works here.

A similar approach is applied for MuseNet, another deep neural network that can create four minute clips of AI music. You can listen to some of them at the OpenAI site.

Some people don’t find them that musically interesting, whilst others are pretty impressed. Using machines to generate music has definitely been improving, but the songs are pretty hit or miss.

OpenAI’s Dota-2 playing bots can be beaten: While we’re still on the topic of OpenAI, the San-Francisco based research lab released its Dota-2 bots to the public to play against.

The experiment lasted for a few days only, from Thursday 18 April to Sunday 21 April. OpenAI Five played over 7000 games and won 99.4 per cent of the time. Not too shabby. A Dota 2 fan who played against the computer told El Reg it has “really good coordination”.

“It definitely has superhuman response times in some ways, but it’s also surprisingly subpar in efficiency. I'm surprised that it coordinates better than humans, but it can't beat people 1V1 as easily, compared to 5V5," said the fan, who wanted to remain anonymous.

“As for teaming up with other humans players, however, it doesn't seem to adapt to humans, instead the humans adapt to play with it – when the bot is losing, it feels like they have no idea what to do.”

Although it’s difficult to beat the bot, it’s not impossible. The scoreboard shows that there were a few teams who must have learnt how to exploit its weaknesses. The best human team won 10 times in a row, the second best beat the bot nine times in a row, and the third team did it eight times.

No lewd nudes please, this is Bumble: Bumble is cracking down on pics of people's private parts sent via its dating app with a AI-based tool known as the ‘Private Detector’.

If a dodgy image is sent in a chat, it’s blurred out and the user can decide if he or she wants to reveal, block, or report the filth, according to The Verge.

Bumble is seen as a friendlier option for women as they can choose whether to instigate a conversation or not. Unlike other dating apps like Tinder, however, it allows users to send pictures to one another. Unsurprisingly, some guys like to show their junk off, unsolicited, to prospective romantic or sexual interests.

Not only can these advances be gross, it’s hope that the Private Detector will also crack down on fake profiles too.

New AI in criminal justice report: The Partnership on AI, an non-profit consortium made up of leading AI organizations in industry and academia, have published a report outlining the risks of using AI in the criminal justice system.

It outlines ten shortcomings of using the technology for pretrial detentions, ranging from concerns about bias and accuracy of machines to how legal experts should use these kind of tools.

If this is something you’re interested in then give it a thorough read. The report is written to educate people rather than to implement any strict policies.

“Going forward, we hope that this report sparks a deeper discussion about these concerns with the use of risk assessment tools and spurs collaboration between policymakers, researchers, and civil society groups to accomplish much needed standard-setting and reforms in this space,” it said.

What’s the current health status of the Internet? It seems like a weird question to ask, but folks over at Mozilla have tried to answer it anyway.

The company's annual Internet Health Report looks at the current trends unfolding in the virtual world. It looks like we’re obsessed with making sure AI is being used responsibly, and have watched with growing alarm as countries like the US and China roll out AI systems, like facial recognition, that raise privacy and security issues for its civilians.

People are also calling out for more internet watchdogs to scrutinize big tech companies like Google and Facebook over concerns about how their personal data is handled. Elsewhere, oppressive governments are slowing down internet access as a way of exercising control over its people.

You can read the full report here. ®