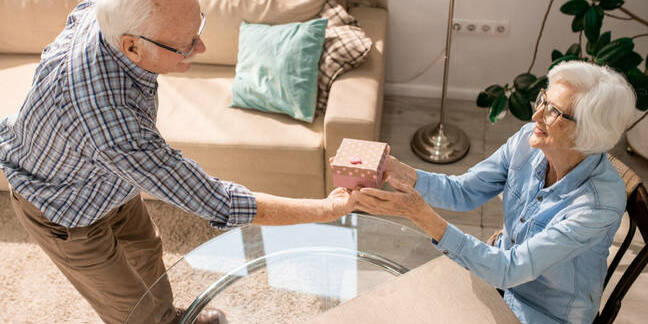 Now these, surely, must be your crochet needles.

Australian police say an elderly duo called them after unwittingly taking in what cops described as a 20kg (44lb) shipment of methamphetamine from the delivery person.

The couple signed for the hefty, enigmatic parcel yesterday and rang the fuzz "immediately" said the coppers.

"They were unsure of the significance of the find," senior sergeant Matthew Kershaw said of the elderly couple to local news station 7 News Melbourne.

"They asked each other if they had ordered anything and it was quite clear they hadn't ordered anything online or through any type of services," the copper said, deadpan. He added: "They thought it might have been a wrong address."

The drugs have an estimated street value of A$10m (approx £5.4m/$7m), the Australian Federal Police said. They've asked that the media keep the couple's identity secret.

Detectives on the Victoria police squad said in relation to the same case that they'd arrested a 30-year-old man who appeared in Melbourne Magistrates Court earlier today after executing a search warrant on another house. He will appear again on 29 July.

It was not clear what the seasoned couple had expected to find in the weighty 20kg parcel when they signed for it - and police unsportingly refused to explain to reporters how it got through the Aussie mail system.

Cops do not believe the senders of the multi-million dollar package - intended for it to fall into the grey-haired duo's hands. Domestic parcels in Australia cost from $11.30 to ship for any package under 22kg but you can only insure them for $5,000. Crystal math, eh? ®