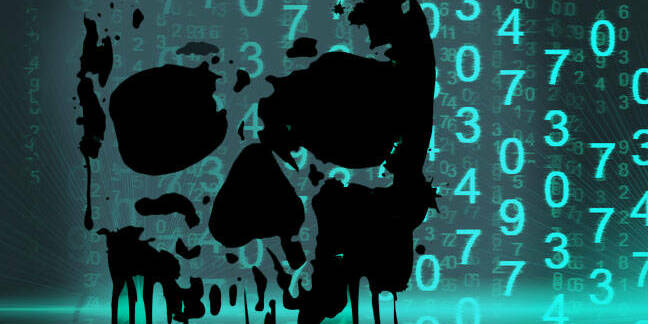 Updated Programmers say they've been hit by ransomware that seemingly wipes their Git repositories' commits and replaces them with a ransom note demanding Bitcoin.

An unusual high number of developers have griped online about the effects of the software nasty, with at least two reports seen by El Reg referencing the freeware Sourcetree GUI for Git, made by Atlassian.

The repos affected are hosted across a number of platforms, from GitHub and GitLab to Bitbucket, so it's likely the malware is targeting inadvertently poorly secured repositories rather than a particular vulnerability.

At the very least, ensure your repos are protected using multi-factor authentication, and do not leak any access tokens or passwords in your public configuration files.

"So I was done fixing a bug tonight," posted one victim on Reddit this week.

"I was using sourcetree to push the changes, as soon as I clicked the commit button my laptop freezed (it usually freezes so im not sure if it was due to malware or the usual one) and i immediately restarted it by long pressing the power button."

The netizen added that the ransom note they received referenced gitsbackup[dot]com, and demanded about $560 in crypto-currency to un-fsck the repo.

Another posted on Stack Exchange: "One of my repos was wiped today and just a message left in its place with a bitcoin ransom. I've no idea how they accessed my account, can't really see anything on github security page."

The user added: "I'm at a bit of a loss just now as what to do, 2 factor has been turned on in github, the main server where the code was used. I've removed unused scripts etc changed passwords, currently building a new server droplet and moving everything as a precaution in case the server was accessed."

A third, Stefan Gabos, wrote on Stackexchange: "I was working on a project and suddenly all the commits disappeared and were replaced with a single text file."

That file, consistently across all the posts seen by The Register, reads:

To recover your lost code and avoid leaking it: Send us 0.1 Bitcoin (BTC) to our Bitcoin address 1ES14c7qLb5CYhLMUekctxLgc1FV2Ti9DA and contact us by Email at admin[at]gitsbackup[dot]com with your Git login and a Proof of Payment. If you are unsure if we have your data, contact us and we will send you a proof. Your code is downloaded and backed up on our servers. If we dont receive your payment in the next 10 Days, we will make your code public or use them otherwise.

Gabos added that he was "using SourceTree but somehow I doubt that SourceTree is the issue, or that my system (Windows 10) was compromised. I'm not saying it's not that, it's just that I doubt it." He told El Reg he is running the most recent version of Sourcetree (3.1.3), having updated today from the previous version. The changelog is here.

Gabos added on Stackexchange that his code does not appear to have gone altogether as accessing his commit's hash had worked, concluding: "So the code is there but there's something wrong with the HEAD." He continued to note that git reflog "shows all my commits", updating as he learned more in his quest to recover his commits. In an edit, he added:

What this means to me is that the attacker doesn't have the code and there's no threat of them going over the source code for sensitive data or of making the code public. It also means to me that is not a targeted attack but a random, bulk attack.

Atlassian, maintainer of Sourcetree, had not responded to The Register's inquiries at the time of publication. See the updates on this post for instructions on how to recover your repos if they are wiped by the ransomware. ®

Bitbucket Cloud, one of Atlassian's other projects, sent us this statement which it is also forwarding to its customers.

We are contacting you because your Bitbucket Cloud repository was recently accessed and deleted by an unauthorized third party.

We are in the process of restoring your repository and expect it to be restored within the next 24 hours.

We believe that this was part of a broader attack against several git hosting services, where repository contents were deleted and replaced with a note demanding the payment of ransom.

During this attack, a third party accessed your repository by using the correct username and password for one of the users with permission to access your repository. We believe that these credentials may have been leaked through another service, as other git hosting services are experiencing a similar attack.

We have not detected any other compromise of Bitbucket.

We have proactively reset passwords for those compromised accounts to prevent further malicious activity. We will also work with law enforcement in any investigation that they pursue.

Github sent us this:

GitHub has been thoroughly investigating these reports, together with the security teams of other affected companies, and has found no evidence GitHub.com or its authentication systems have been compromised. At this time, it appears that account credentials of some of our users have been compromised as a result of unknown third-party exposures. We are working with the affected users to secure and restore their accounts. We encourage all developers and customers to use two-factor authentication and strong and unique login passwords as a standard practice.

It's proving a bit of a headache

Devs can deal with pull requests from Chrome

Git365. Git for Teams. Quatermass and the Git Pit. GitHub simply won't do now Microsoft has it

Poll Tell us, what should the source shack be called post-Redmondisation?

Git the news here! Code quality doesn't count for much when it comes to pull requests