An Airbnb "superhost" has been arrested and jailed after a guest discovered a camera hidden inside an internet router placed in the bedroom.

The perv had picked on the wrong woman. Yunfei (her online alias) works in IT security and always checks hotel rooms that she stays in. She became immediately suspicious when she arrived at the apartment in Qingdao in China's Shandong province.

"I found a motion sensor monitor at the flat's entrance and two in the two bedrooms, which is odd since the flat had not been renovated for smart-home automation," she told the Beijing Youth Daily.

She stuck stickers on the sensors and turned them toward the wall before embarking on a deeper search, checking the TV and smoke detectors for hidden cameras. It was when she spotted the internet router in the bedroom, facing the bed, that she began to get really suspicious however.

One of the lights that indicates an Ethernet connection to one of the ports in the back was slightly different to the others. On closer inspection it turned out that the four-port router had five lights. She found a picture of the same router online: it only had four lights.

So she unscrewed the devices and found a camera carefully installed behind the fifth hole, complete with memory card. "I immediately called the police after finding the card," she explained. "They came and took away the equipment," the South Morning China Post reported on Tuesday. 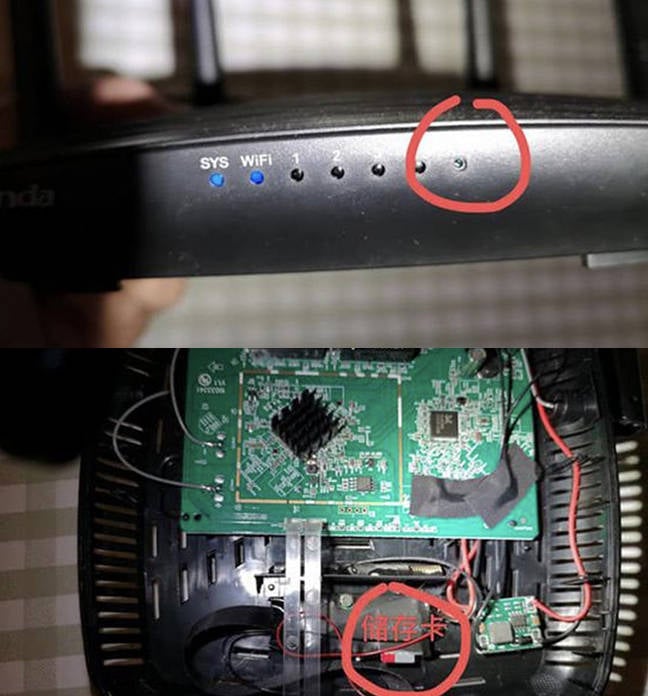 She had never met the man and had exchanged details with the Airbnb host over email. She paid him 1,700 yuan ($250) for three nights – which Airbnb later reimbursed complete with an apology. The police later confirmed that they had arrested the owner and given him a 20-day jail term.

And now we take you to Ireland

The Barker Family from New Zealand were staying in Cork they spotted a hidden camera in the living room of the house. Again it was an IT security bod that discovered it: Andrew Barker ran a scan of the home's Wi-Fi network and spotted a live feed taken from a camera concealed within a smoke detector.

According to the mom Nealie Barker, Airbnb's response in this case was less than ideal – they dismissed her complaint, as did the owner of the property. The family left and stayed at a local hotel instead.

The Ireland home was still available to rent, prompting the family to contact media outlets. Soon after the story appeared on CNN, Airbnb said it was taking down the listing, said that its "original handling of this incident did not meet the high standards we set for ourselves" and refunded the family. The Chinese flat listing has already been removed.

Airbnb's official policy is that hidden cameras are prohibited but the company does not carry out regular audits of all its properties and so has no way of knowing whether there are hidden cameras or not.

In short, it's worth being a little paranoid if you are staying in a stranger's house. Best advice: scan the house network for anything unusual and check or unplug any device in the bedroom. ®

FTC urged to clamp down on businesses' voracious appetite for data