Get your modular bargains

Smartphone makers are touting cameras with 5x and even 10x lossless zoom on some very expensive new gadgets. Huawei's lossless 5x costs around £900. However, on a recent weekend family escape, I grabbed a smartphone and took some wonderful, truly lossless 10x photos on a rig set up that will cost you, dear reader, less than £300. It's a proper LTE flagship phone, and has a (real) Xenon flash too.

Was I cheating? Well, I did say "rig". The kit I was using for my 10x zoom snaps was a Hasselblad Moto Mod snapped onto the back of a 2017 flagship Android smartphone, Motorola's Z2 Force Edition. You may say this is cheating, and you have a point. But the price is accurate. I've seen the Z2 Force Edition new for £195-£239.99, which is a steal for a shatterproof phone with a Snapdragon 835, 64GB/6GB, 1,440 x 2,560 display and a very decent dual camera. A used Hasselblad clip-on is under £99, nearly new.

And just look at the results. 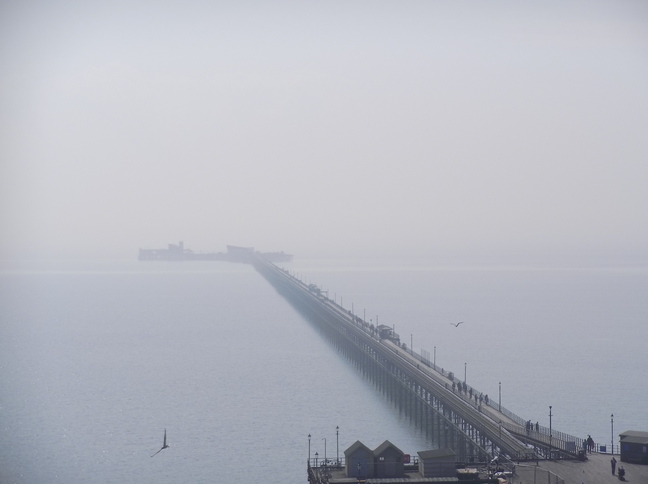 Now scan the horizon here for anything unusual. 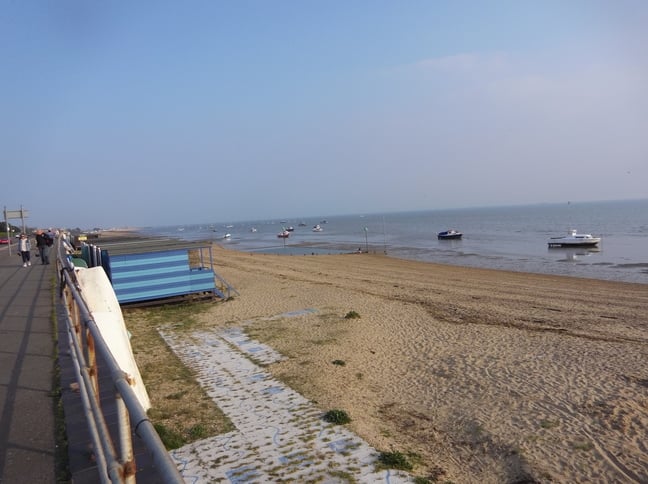 ... revealed at 10x, a maritime defence. Or something. But surely something you're not going to see with a smartphone, unless you fork out a thousand quid. 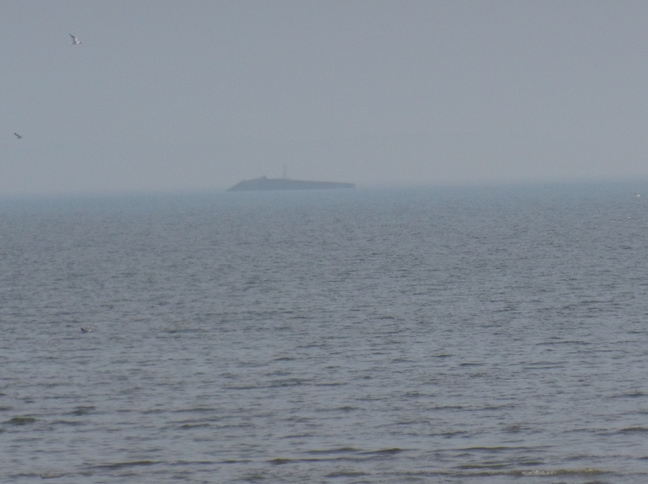 Launched in 2016, Moto's Mods must count as one of the great technology flops of modern times – so far at least. The idea was bold: create a market for special purpose hardware accessories that clipped neatly to the back of the phone, with Motorola producing a variety of Mod-compatible phone models. They won support from some credible brands, and a cottage industry of ideas on Kickstarter. The engineers did a fantastic job with the spec, and the marketers tried really, really hard. Perhaps Mods could succeed where Essential and LG had failed. 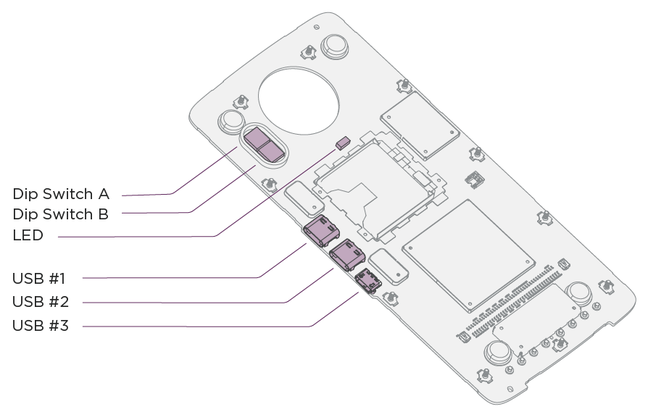 But the failure is reflected in the price of these today, and the number of abandoned projects. These include a keyboard and health monitor add-ons.

But Mods were an expensive investment, and having made that investment, they rather locked you into Motorola. Motorola hasn't officially abandoned the idea; it still promotes the Mods, typically as a bundle in emerging markets. But not so much in the UK, where the G series is so popular, the Mod-compatible Z3 Play didn't even get a UK launch. Which means that no new Mod-compatible phone has appeared here since late 2017, and the only new Mod in the past months has been the 5G sled. 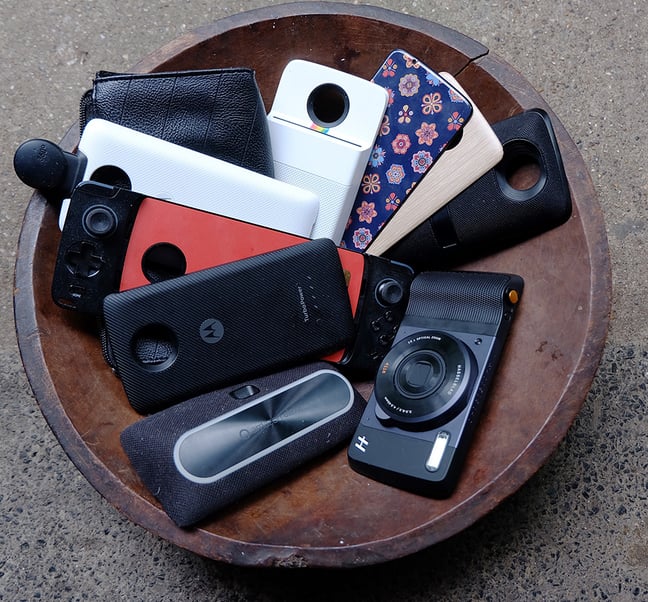 A bowl of Mods

But great flops sometimes enjoy a surprising afterlife. Think of the Roland 303 synthesizer, which a few years after it was discontinued became a staple of Acid House. Today you can snap up Mods for a fraction of their original price. Almost everything below is half the original RRP, if you can find it.

Of all the gadgets that get taken home, my kids took the Mods more than anything else, probably since the 3D Printing Pen. I tell a lie, the miniature Palm was considered the coolest thing of all. By parents too. They loved the way the novelty printer could be replaced by an Alexa.

A Mod-compatible Moto naked is much thinner and lighter than a rival. Even with a hefty battery Mod strapped to it, it's less cumbersome than some of the clunkers we used to call "phablets". iPhone Plus-sized, I'm looking at you. A naked Moto is really not very comfortable to hold though.

Of all the Mods, it's the Hasselblad that got the most use. You may think it's stark raving mad to pay the price of a cheap compact for something even bigger, once it's in its carrying case. And if I hadn't the lived experience I'd be inclined to agree.