Want a good Android smartphone without the $1,000+ price tag? Then buy Google's Pixel 3a

Ad goliath's latest has struck all the right compromises

The more important factor is that the battery feels like the old days when your phone used to comfortably last the day and part of the next day. God alone knows why companies like Apple keep sticking in batteries that only just make it to the end of the day just to shave a few millimeters off a phone's thickness.

Anyway, this reviewer used the phone as normal and at the end of the day it was at 22 per cent. The next day, it was given a punishing bored-waiting-at-the-airport usage and made it through with seven per cent left. In short, the Pixel 3a has a better-than-average battery. 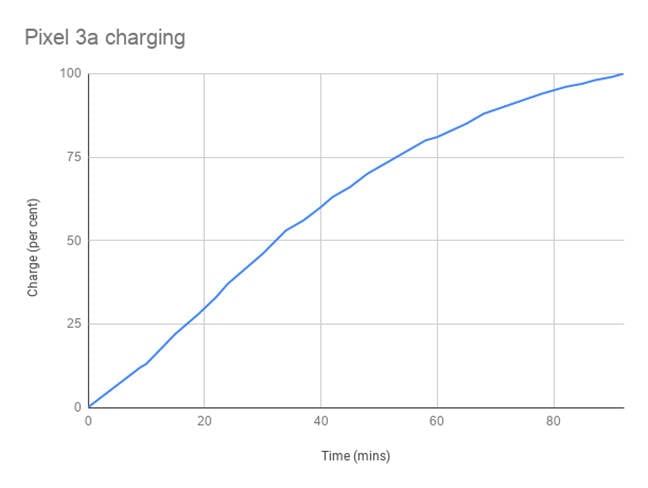 In fact, we love the Pixel 3a for the simple fact that it has put something into the market that isn't about having the very latest, very best technology no matter what the cost or utility. And then you have $400-$600 left over to do with what you wish. What's more, the phone is old-school in that you can actually get into it and repair it. iFixit has given it a 6/10 for repairability.

Houston, we have a headphone jack

All that said, there was one thing that we really didn't like and continues to baffle us: the sound coming from the headphones was terrible. It was good coming out the speakers at the base, and worked great streaming to external speakers, but the headphones? It felt like we were at the back of the hall and kept increasing the volume in the hope the sound would get stronger and clearer.

This didn't make much sense so we tried multiple different headphones, and compared the same song with the same headphones on different phones to make sure we weren't going mad. We weren't. Whether this is just the socket in this particular phone or a design flaw introduced to the Pixel 3a we can't be sure.

The Pixel 3 – the earlier, higher end version of this same phone – does not have a headphone jack, so it is possible Google screwed up here somewhere when they added the jack in. And, weirdly, that is the one thing that would stop this reviewer from ditching the iPhone when his current iPhone 8 Plus is due for retirement and going for a Pixel 3a (or, likely, Pixel 4a by that time). By then an iPhone will probably baseline at $1,500 thanks to some new feature that Samsung introduced six months earlier.

It won't be the screen, or the speed, or camera, not the lack of wireless charging or dual front cameras that stops this reviewer, but the headphone jack, which cost cents. Sort it out please Google.

The good news? It's modular so you could take the Pixel 3a to a repair shop and get a better jack for $50 – still saving significant sums for a phone that punches way above its weight. Which, incidentally, is 147g and so lighter than the iPhone XR (194g), Galaxy S10 (150g) and Huawei P30 Pro (192g).

So, to sum up, this is a really good phone, not a good enough phone, and the price is superb. Well worth a look. ®