Overclocking memory increases bandwidth and transfer speed but ramps up its temperature. It's useful when gaming speed is held back by memory bandwidth rather than being gated by CPU or video card speeds.

Ballistix Elite is Micron's memory for gaming systems, which normally operates at 3,600 megatransfers per second. It was accelerated to 5,726MT/s, a world record, with the nitrogen preventing overheating.

The feat was accomplished on 13 May by Stavros Savvopoulos and Phil Strecker, members of the Overclocked Gaming Systems (OGS) team, using this system setup:

This how their rig looked with the cooling system mounted: 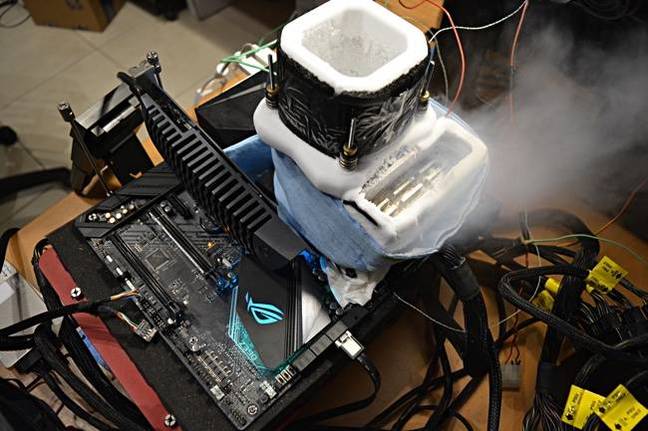 The record was posted on HWBOT.org validated by a CPU-Z screenshot.

That's the takeaway here – not that gamers can ordinarily use liquid nitrogen, but that Ballistix Elite DRAM has a lot of overclocking headroom.

However, if you really want to go all out on liquid nitrogen, EVGA Gaming has a Roboclocker that might do the job. ®