Exclusive: Windows for Workgroups terror the Tartan Bandit confesses all to The Register

It was the nerd, with the wallpaper, in the .ini file 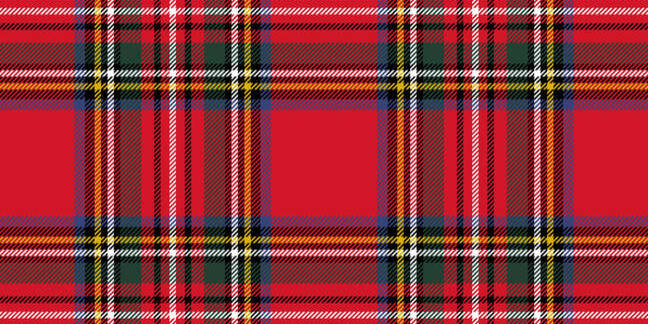 You know when you've been tartanned

Who, Me? With the copious behind of the weekend waddling off into the sunset, and only the leaner pickings of the working week to look forward, welcome to our weekly dose of Monday prevarication: Who, Me?

This week's japery comes from a person who asked to be known as "Paul", who told El Reg of a moment of national pride that led to what could charitably be described as a bit of a waste of police resources.

"Many years ago I worked for the Police in Scotland", Paul told us, and was around when Microsoft unleashed the latest and greatest version of its graphical operating environment: Windows for Workgroups 3.11.

Those who remember the heady days of the early 1990s will recall the requirement for a 386-powered computer to get the thing to work, 32-bit file access and 32-bit network redirectors. There was also an early version of the TCP/IP stack that would later ship in Windows 95.

Exciting stuff indeed, and a bit different to what many users were accustomed to.

Our reader's IT department rolled out brand spanking new state-of-the-art Windows PCs "for writing police reports on using bespoke software" which meant, as he observed: "We all had to go on a course to learn how to use this newfangled tech."

The success of the course is not documented, although Paul, who describes himself as "being a bit of a computer nerd at the time", took a liking to the tartan background of the instructor's PC. "All our monitors," he said, "had a rather boring plain blue background."

While the IT team had wisely locked the settings of the new PCs, our reader realised that they had failed to protect the Windows .ini files and left notepad.exe available. A swift edit later and he had "managed to change the background of my PC to the fetching tartan background".

Had he left it there, things might have turned out differently.

However, Paul was keen to share his skills. "I was so pleased with the result that on the night shift I went round every computer in the office and changed them all to tartan."

The ingratitude of the powers that be swiftly manifested itself.

"The witch hunt that followed was akin to as if someone had committed murder" as the IT team struggled to work out how the "hack" had been carried out. "Memos were flying about threatening the culprit with the sack if they didn't own up."

But the identity of the Tartan Bandit was never discovered.

"People", said Paul, "really should lighten up, don't you think?"

Ever done a thing that seemed an excellent idea at the time, but turned out to be less appreciated by The Boss? Come pay a visit to the Who, Me? confessional. ®