Team OpenCensus or OpenTracing? It'll be neither and both now: Hello, OpenTelemetry

How do open-source projects play nicely? They get off Twitter 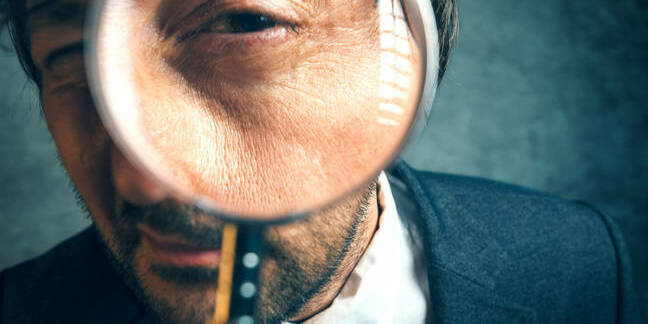 KubeCon Europe Something odd happened at KubeCon 2019. Rather than snipe at each other from the safety of Twitter, two very similar open-source projects opted to pool their ideas into one: OpenTelemetry.

The project is geared towards solving the problem of working out just what the heck is happening in today's microservices or container-based apps. Logging without incurring a chunky overhead both in terms of generating useful telemetry and actually collating the output.

Distributed tracing is a bit more than fancy logging, as one commentator put it. Think more a transaction log over all the containers, services and components used in an application.

Two projects emerged to deal with the challenge – OpenCensus from Google and OpenTracing, co-created by Ben Sigelman of Lightstep.

In an interview with The Register, Sigelman reckoned that having the two options just left developers confused on the best approach and some would say: "'This is too confusing. I don't want to deal with this right now.' And they do neither."

Google's Morgan McLean agreed, adding without a hint of irony: "[Distributed] tracing itself is relatively new outside of horribly large internet companies."

Tracing is a particular obsession of Sigelman – he confessed to us that he'd been fixated with it over the last 15 years.

Still, it is to his credit that he has been willing to throw his open-source baby in with Google's take on telemetry. The leadership of both projects has committed to migrating their communities to this initiative. Those already invested need not fear too much, Sigelman and McLean insisted that backwards compatibility will be provided by software bridges.

However, dispensing with the old and embracing the new at some point would be a good idea – OpenTracing and OpenCensus will both be put into read-only mode by the end of 2019.

Sigelman also had reassuring words: "We're going to support OpenTracing and OpenCensus for a full two years after we've put them in read-only mode."

So not that urgent, and a welcome respite from the habit some open-source projects have of forcing users to upgrade at a rate that can leave enterprises a little dizzy.

As for actually using the thing, the team is keen that it be built into the frameworks upon which developers depend (Google's muscle will likely come in handy here). Sigelman explained: "Most applications, when you integrate, should actually be able to generate compliant traces based on the fact that they use popular frameworks."

Having experienced the pain of debugging containers in the past, we were keen to learn how low the tracing could go. Perhaps some naughty peeking at memory?

Alas, no – going down in the weeds could incur a penalty in terms of overhead, according to Sigelman. McClean agreed, regarding just getting distributed tracing out alone as "a huge win". However, he did add that later on, the gang might "pursue things like profiling and looking at kernel memory and others".

As for the output, the team pointed users to Prometheus and its ilk to actually do something with all that telemetry.

Sigelman also had some tips for those looking to do similar with near-duplicate projects in the increasingly fractious world of sniping foundations: cut down on the tweeting.

"If we only had Twitter, we would not have done it. Twitter amplifies negativity that wasn't even there, you know?" he said, before pointing to outsiders in both projects amplifying the negative messages.