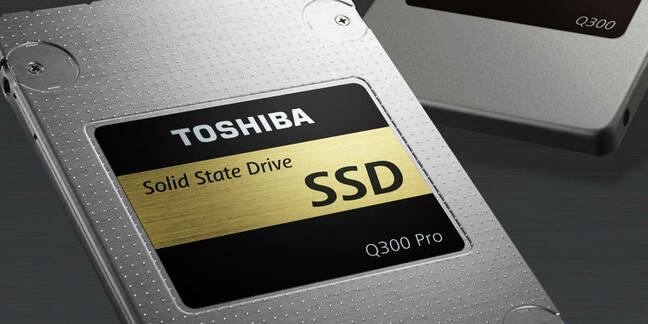 Silicon printer Toshiba Memory Holdings is reportedly planning to buy out major shareholders including Apple, Dell, Kingston and Seagate, as it prepares to try its luck in the public markets.

The company could spend to the tune of ¥500bn ($4.5bn) to liberate itself from the yoke of investor oppression. The plan is made possible by a ¥1.3tn ($11.8bn) funding package from three Japanese banks.

The deal was reported by the Wall Street Journal Monday, which cited sources familiar with the matter and said it could be finalized by the end of this month.

The four investors – all of them long-standing customers of Toshiba Memory - were a part of a consortium led by Bain Capital that purchased a majority stake in the memory-maker from Toshiba Corporation for around $18bn almost exactly a year ago.

Flash memory was originally invented at Toshiba in the 1980s and released to the market in 1984. But the Japanese conglomerate was forced to make sacrifices to survive the crisis caused by Westinghouse, its underperforming nuclear reactor division, and in April 2017, Toshiba Memory Corporation was separated from the rest of the company.

In June 2018, 60 per cent of the biz was sold to Bain and friends – among other things, the deal blocked a somewhat hostile takeover by Toshiba’s joint venture partner, spinning rust vendor Western Digital. According to the WSJ, investors stand to make a few hundred million for their troubles; Bain will remain a shareholder.

In a recent report, analyst firm IC Insights rated Toshiba Memory as the 8th largest silicon producer in the world, responsible for shipping $2.65bn worth of semiconductors in the first quarter of 2019.

Being primarily a memory supplier, Toshiba Memory was among the companies worst affected by the recent oversupply crisis that saw DRAM prices plummet by as much as 30 per cent. As a result, its silicon revenue saw a 31 per cent decrease year-on-year; memory prices are expected to recover in the second half of the year.