Where there's a will, there's Huawei: US govt already eases trade ban with 90-day reprieve 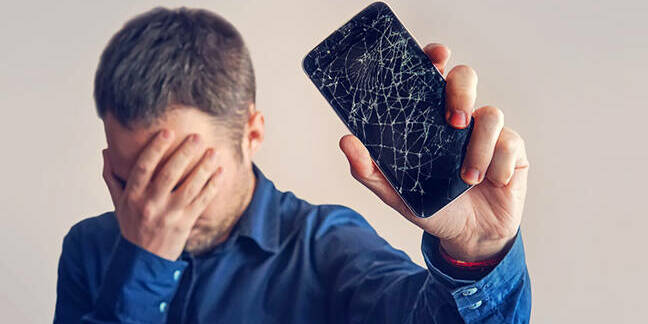 The US government on Monday gave Huawei temporary permission to obtain technology from American organizations so that the Chinese giant can continue to maintain and repair existing deployments of its products around the world, and push US-sourced software updates to people's phones.

Last week, Uncle Sam banned Huawei and dozens of its affiliates from sourcing American components and code for its equipment, effectively cutting the Middle Kingdom manufacturer off from US-designed chips, software, and other components. By placing Huawei on a so-called Entity List, the US government required American organizations to get export licenses before doing any further business with the Chinese corporation, thus bringing chunks of the equipment maker's supply chain to a sudden shuddering halt.

That meant Huawei phones already out in people's hands, or base stations and other networking kit deployed in the field globally, would be cut off from software updates and repairs and other parts that originated from America – such as Android operating system and app updates, or electronics. And Huawei kit is used the world over. The ramifications were potentially huge: crucial telecommunications equipment out in the wild can't be easily repaired, security patches can't be issued, and so on.

Something had to give. On Monday, the US government's Department of Commerce granted a temporary general license that allows US businesses to export or transfer “information and communications technology or services” to Huawei for the next 90 days, from May 20 until August 19, this year, for existing kit.

After the 90-day period, provided there isn't an extension, US companies will not be allowed to engage in trade with Huawei and 68 of its affiliates without permission from Uncle Sam.

Pushed around and kicked around, always a lonely boy: Run Huawei, Google Play, turns away, from Huawei... turns away

So, in short, as things stand right now, for the next three months, Huawei can continue sourcing components and code from the US to maintain smartphones, switches, base stations and other gear already in customers' hands. For the next three months and beyond, Huawei cannot use any US-sourced components and code in any new equipment sold to customers. This is subject to change, such as if export licenses are granted, though don't hold your breath on that.

"The goal seems to be to prevent internet, computer, and cellphone systems from crashing," Kevin Wolf, a lawyer and former Department of Commerce official, told Reuters. “This is not a capitulation. This is housekeeping.”

Google responded over the weekend to Uncle Sam's crackdown by scrapping its Play Store and other services for future Huawei mobile phones, though it will continue to support existing handhelds and devices. That dealt a blow to the Chinese communications kit maker, considering it’s the second largest smartphone slinger after Samsung. Huawei shipped some 59.1 million handsets, equivalent to 18.8 per cent share of world sales, according to analysts' figures from the first quarter of 2019.

So now, Huawei has 90 days to prepare its supply chain before President Trump's export restrictions kick in. The temporary license comes days after the Commander-in-Chief issued an executive order that granted Secretary of Commerce Wilbur Ross power to prohibit technology or services developed or manufactured by "foreign adversaries."

“Huawei has been determined by the US government to be acting contrary to the national security or foreign policy interests of the United States,” the US Department of Commerce said in a statement.

“BIS [the US govt's Bureau of Industry and Security] is also adding Huawei’s non-US affiliates to the Entity List because they pose a significant risk of becoming involvement in activities contrary to the national security or foreign policy interests of the United States due to their relationship with Huawei.”

A spokesperson for Huawei was not available for immediate comment. ®