Back in January 2017, Intel released 16 and 32GB Optane Memory products in an M.2 card format, which were meant to cache disk drives using its Rapid Storage Technology (RST). These became the Optane Memory M10 devices, which had two PCIe gen 3 lanes.

Now Intel has confirmed an M15 version, in the same M.2 format, with four instead of two PCIe lanes and sundry tweaks. As before, it is for seventh-gen and later Intel Core processors. 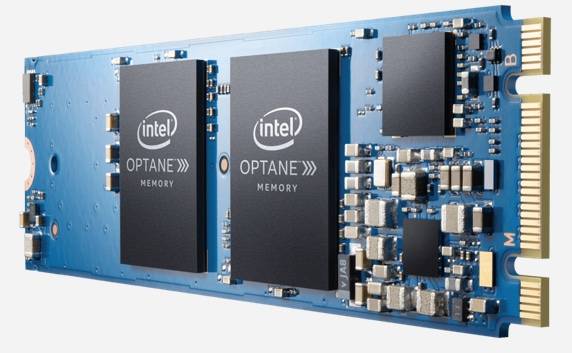 Intel claimed the M15 has better power state transitions, and can be more efficient than the M10. It needs a similar 3.3V power rail, and draws up to 5.5W when active but less than 5mW in a deep-sleep (L1.2 mode). The M10 draws up to 3.5W when active and sleeps at 11mW. Again, every little helps.

The M15 goes on sale in the middle of the third quarter but there is no pricing info so we don't know if a disk drive + Optane Memory M15 is a better choice than replacing the disk drive option with an SSD.

An NVMe SSD would be closer speedwise to the disk+Optane cache setup than a SAS or SATA SSD. The higher capacity the disk drive, the more the cost equation would tend towards Optane caching rather than SSD replacement. ®