Barbie Girl was wrong? Life is plastic, it's not fantastic: We each ingest '121,000 pieces' of microplastics a year 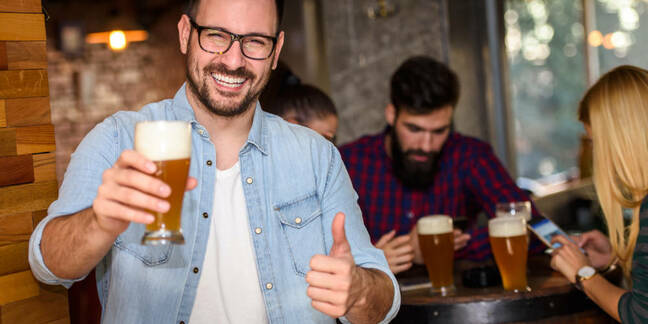 Humans consume and inhale up to 121,000 bits of microplastic every year, per person, according to estimates published in a study this week, and the authors warn they may be underestimating that figure.

Microplastics are defined as particles of plastic measuring less than 130 micrometers in diameter. At that size, the tiny pieces can slip inside and spread throughout the human body, where toxic chemicals that are used in the production of the plastic, such as heavy metals or organic toxins like PCBs could be released.

The overall impact microplastics have on our health haven’t been studied in detail and their effects are still largely unknown, according to the paper published in the journal Environmental Science & Technology.

A group of biologists from the University of Victoria, Canada, set about to estimate how many microplastic particles we ingest every year. The numbers vary by age and gender; it’s up to 41,000 pieces for children and 52,000 for adults. These figures are based on the average number of microplastics in some common foods such as seafood, sugar, salt, honey, alcohol, and water.

The researchers used these numbers and calculated how many calories are eaten over a day and extrapolated those results over a year. Humans also inhale microplastics floating in air, and when this is considered the amount of microplastic intake shoots up.

“The combination of ingestion and inhalation of microplastics yields total annual exposure estimates of approximately 81,000, 121,000, 74,000, and 98,000 for male children, male adults, female children, and female adults, respectively,” the paper said.

It gets worse if you drink bottled water, too. A previous study found that plastic water bottles contained pieces of common plastics like polypropylene, nylon, and polyethylene terephthalate. If all your yearly intake of water was from bottled water, it is an added 90,000 bits of microplastic compared to 4,000 from tap water.

It’s also bad news if you drink a lot of alcohol. Boozy beverages are more likely to contain even more tiny plastic particulates. Whilst tap water has an average concentration of 4.2 pieces per liter, alcohol has about 32 bits per liter.

If you find these numbers are pretty alarming, then we’re sorry to tell you that they’re actually an underestimate of how much we really consume. The researchers did not include the intake from many other types of food like beef, poultry, dairy, vegetables, and grains due to the lack of information.