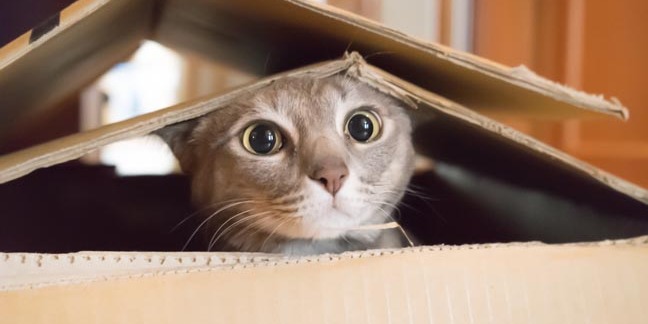 Roundup The Edge team subjected itself to the dubious mercies of keyboard warriors in a Reddit AMA, a new Mac Visual Studio and storage shenanigans – it's just another week at Microsoft.

Visual Studio for Mac gets a version bump

While previews of .NET Core 3 technology continue to appear, Microsoft also upped Visual Studio 2019 for Mac to version 8.1 and slipped out a preview of its successor, 8.2.

Things are a bit snappier in 8.1, and the editor introduced in preview form in 8.0 has been elevated to the default for C# files. The new editor aims at commonality with the Windows incarnation of VS 2019, although also closes some gaps left open between it and the old editor.

Code snippets put in an appearance this time out, as does improved multi-caret functionality and drag and drop across views. The gang has also worked on improving performance and stability and updated ASP.NET Core project templates.

However, it is the preview of 8.2 which might raise an eyebrow or two. The XAML language service from the Windows version will be taking a bow, making for an improved XAML and AXML editing experience replete with hugely matching capabilities.

As well as .NET Core 3, a preview of C# 8 will also be present in 8.2 and an improved Android layout and resource editor thanks to the new C# editor.

Microsoft's cheerfully open and infamously leaky Chromium Edge team bravely took to Reddit for an Ask Me Anything (AMA) last week, and revealed that a Linux version of the new browser was "definitely something we'd like to do down the road". The gang noted that there were no "technical blockers" stopping them from inflicting Edge on penguinistas, but the team were "super focused on bringing stable versions of Edge first to other versions of Windows (as well as macOS)".

Sadly, the crew would not be drawn on the impact the Manifest v3 changes might have on the embryonic browser. Google is currently shovelling the updates into Chrome to change how browser extensions do things like filtering out ads. All in the name of performance and safety, they say.

While the Edge team are still looking into the implications of the changes, and are keen as mustard on a strong extension ecosystem (something woefully lacking from the original, unloved Edge browser), there are no plans to create a built-in blocker.

However, the team were blunt regarding suspicions of ad-biz pressure, stating: "To be clear, we will not artificially restrict ad blocking for business reasons related to advertising."

Seven months and counting − all aboard the SMS train!

Microsoft's Ned Pyle took a break from beating SMB1 into submission with the electronic equivalent of a baseball bat festooned with rusty nails to remind administrators that the end of life for Windows Server 2008 is approaching and a migration might be in order.

Pyle used the release of 1.42.0 of the Storage Migration Service (SMS) add-on for the Windows Admin Center (WAC) to highlight the looming 14 January 2020 cut-off.

SMS is a deceptively simple tool aimed at performing an inventory of existing servers and their data, shunting that data and configuration to something a little more modern (or cloudy, if that's your thing) with the target server optionally taking over the identity of the source so users should, in theory, not notice a thing.

It's a step up from the nine-pin serial cable and dodgy LapLink-esque software we remember from a misspent youth.

1.42.0 includes a bunch of accessibility fixes, a link to the Azure File Sync tool for each migrated server (leading to a tab specific to that server from where AFS can be set up) and won't show the Azure File Sync popup banner during transfers and cutovers. Significantly, there is also a fix to ensure accurate share inclusion when modifying a transfer mapping.

Naturally, WAC/SMS isn't the only game in town. Amazon would be delighted to assist Windows refugees in making the leap to something a little more cloudy and there are any number of scripts aimed at shunting data from Microsoft to an OS with more of a hint of penguin about it.

And for those resolutely sticking with 2008 or earlier? We'd recommend a listen to Prince Buster's version of "Enjoy Yourself" because with only seven months to go until the plug is pulled on updates, it really is later than you think.

Less enjoyable (for Linux fans, at least) has been the surfacing of a worm exploiting a Remote Code Execution (RCE) in Linux Exim servers running versions 4.87 to 4.91.

While Azure's internals won't be directly affected, and the cloudy platform "has controls in place to limit the spread of this worm" via measures aimed at stomping spam, Microsoft was keen to remind customers that patching their virtual machines was their responsibility. And network access should be restricted to affected VMs.

Although some mitigation is possible through Network Security Groups (NSG), the gang reiterated that if you have something at risk from the worm, you really should get patching.

Steady as she goes for investors at Trillion Dollar Microsoft

Finally, investors were rewarded for sticking with the Windows giant as the company announced a quarterly dividend of $0.46 per share, payable on 12 September 2019, to shareholders of record on 15 August 2019. The figure is unchanged from the last few quarters and up from the $0.42 of the previous year.

With the company continuing to report bumper revenues and CEO Satya Nadella poised to unveil his Trillion Dollar Man super-suit* during his next keynote, investors could be forgiven for hoping to see an upward tick in the near future. ®

* We made up the bit about the super-suit. Although it would certainly liven up the usual multi-hour PowerPoint-fuelled lectures so beloved by SatNad.