NASA's JPL may be able to reprogram a probe at the arse end of the solar system, but its security practices are a bit crap

Office of the Inspector General brings lab back down to Earth 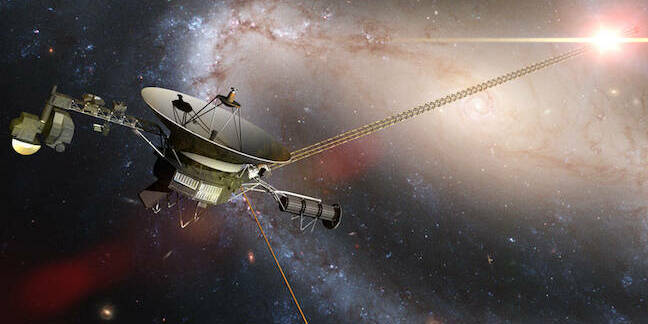 We're talking about the Voyager probe, in case you're wondering

NASA's Jet Propulsion Lab still has "multiple IT security control weaknesses" that expose "systems and data to exploitation by cyber criminals", despite cautions earlier this year.

Following up on a strongly worded letter sent in March warning that NASA as a whole was suffering cybersecurity problems, the NASA Office of the Inspector General (OIG) has now released a detailed report (PDF).

Its findings aren't great. The JPL's internal inventory database is "incomplete and inaccurate", reducing its ability to "monitor, report and respond to security incidents" thanks to "reduced visibility into devices connected to its networks".

One sysadmin told inspectors he maintained his own parallel spreadsheet alongside the agency's official IT Tech Security Database system "because the database's updating function sometimes does not work".

An April 2018 cyberattack exploited precisely this weakness when an unauthorised Raspberry Pi was targeted by an external attacker.

A key network gateway between the JPL and a shared IT environment used by partner agencies "had not been properly segmented to limit users only to those systems and applications for which they had approved access". On top of that, even when JPL staff opened tickets with the security helpdesk, some were taking up to six months to be resolved – potentially leaving in place "outdated compensating security controls that expose the JPL network to exploitation by cyberattacks".

No fewer than 666 tickets with the maximum severity score of 10 were open at the time of the visit, the report revealed. More than 5,000 in total were open.

Indeed, such a cyberattack struck the whole of NASA back in December. Sensitive personal details of staff who worked for the American space agency between 2006 and 2018 were exfiltrated from the programme's servers – and it took NASA two months to tell the affected people.

Even worse, the JPL doesn't have an active threat-hunting process, despite its obvious attractiveness to state-level adversaries, and its incident response drills "deviate from NASA and recommended industry practices". The JPL itself appears to operate as a silo within NASA, with the OIG stating: "NASA officials [did not] have access to JPL's incident management system."

Perhaps this report will be the wakeup call that NASA in general, and the JPL in particular, needs to tighten up its act. ®