Bollocks or brutal truth: Do smart-mobes make us grow skull horns? We take a closer look at boffins' startling claims

In a February 2018 paper published in Nature Scientific Reports that's only now receiving widespread media attention, David Shahar and Mark G. L. Sayers, researchers at the University of the Sunshine Coast, Australia, found that 41 per cent of young people's skulls (that's folks aged 18-30) exhibited exostosis, or small bone spurs, on the backs of their skulls.

Across all age groups, the paper stated, the typically prevalence of "enlarged external occipital protuberances" is 33 per cent. So about eight per cent of young people deviate from the norm, with men being about five times more likely than women to have budding bone bumps on the backs of their heads.

The researchers' findings are based on analysis of 1,200 anonymized radiographs of adults, ages 18-86, and represent an expansion on their 2016 study that saw similar unexpected bone growth involving 218 participants, ages 18-30. 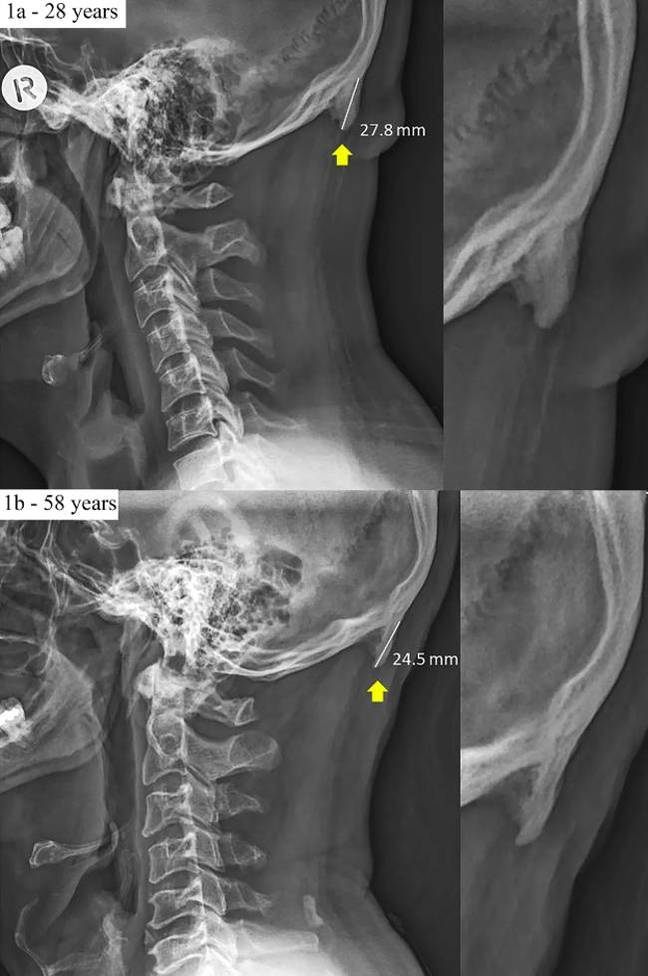 The new bone formations, ranging from 10 to 30 millimetres in size, "may be linked to sustained aberrant postures associated with the emergence and extensive use of hand-held contemporary technologies, such as smartphones and tablets," the researchers claimed in their paper.

In a University of the Sunshine Coast news release this week, Shahar said such large "horn-like" bone growths used to be exclusive to older individuals as a consequence of skeletal load and posture.

Your PHONE is slowly KILLING YOU

According to Shahar, the findings present an early warning of the risk of bone and joint damage arising from bad posture and highlight the need for preventive intervention related to device-based posture problems.

"We hypothesize that the sustained increase load at that muscle attachment is due to the weight of the head shifting forward with the use of modern technologies for long periods of time," he noted.

According to a 2016 study of Canadian University students and staff, study participants spent an average of 4.65 hours per day using a handheld mobile device, with 68 per cent of students reporting neck pain. And other studies indicate that prolonged use of smartphones contribute to posture problems and pain.

A related skeletal change attributed to declining physical activity was documented in a 2014 study: our elbows are becoming more frail.

On the other hand, skeptics of the research noted that the paper lacks sufficient detail to understand the claimed results. For example, Figure 4, a chart of showing the prevalence of an enlarged external occipital protuberance in both sexes across age groups, shows the spurs being more common among women than men. Yet the paper claims the skeletal issue was seen more often in men.

Also, and this just a little niggle, there's nothing concrete connecting smartphone use to the growth of this bone.

Anecdotally, a pediatric radiologist told The Register that she hasn't seen phone-induced bone spurs in her practice. It all sounds a bit bollocks, doesn't it? ®