Funnily enough, she was keen to slash infrastructure investment red-tape 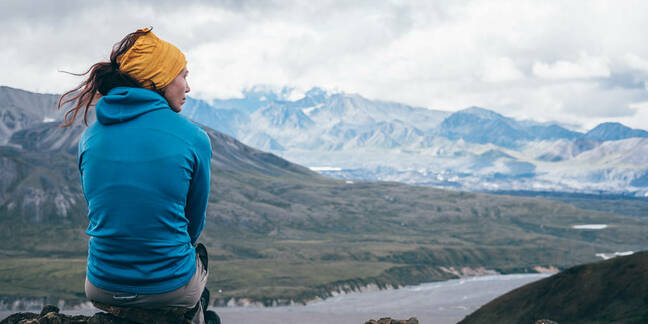 A telecoms CEO and one-time adviser to FCC boss Ajit Pai will spend as much as the next half-decade behind bars after being convicted of wire fraud and eight counts of aggravated identity theft.

Judge Edgardo Ramos, of the US federal district court of Manhattan, this month handed down the 60-month sentence to Elizabeth Pierce, who pleaded guilty in February. In addition to the five-year prison term, the 55-year-old, of Austin, Texas, will face three years of supervised release and must cough up at least $896,698 in earnings and property gained from her crimes.

This comes after Pierce admitted that, while working as the chief executive of Alaska-based high-speed fiber telco Quintillion Communications between 2015 and 2017, she forged service contracts related to a massive fiber-optic cable project that would boost connectivity between Alaska and the lower 48 US states via a combination of sea and ground cables.

In order to drum up investment for the installation of this fabled Alaskan fiber highway, Pierce created a series of bogus service contracts totaling $1bn in business. These contracts were supposedly signed by four real telecommunications companies – Quintillion's customers – but were in actual fact signed by Pierce. The agreements essentially stated the named companies would pay big bucks to tap into Quintillion's new fiber-optic cabling.

Armed with these fraudulent deals, seemingly demonstrating huge demand for the internet link, Pierce then successfully pitched investors to put up more than $270m to cover the construction of the new fiber network. Technically speaking, Quintillion already provided internet links between Alaska and other US states: the proposed fiber cabling was supposed to expand that connectivity.

Once the ground cabling of the project was completed, suspicions started to growing. Once an internal investigation concluded that the service contracts, the whole basis of the program, had been forged by the CEO, Pierce resigned, and Quintillion reported itself to the United States' Justice Department. Pierce was later nabbed by the Feds.

"In order to raise over $270 million to build a fiber optic cable system in northern Alaska, she repeatedly lied to her investors and forged the signatures of her customers’ executives on fake revenue contracts," said SDNY Attorney General Geoffrey Berman.

"When her scheme started to unravel, she tried to delay exposure with yet more lies and forged documents."

US prosecutors summarized the case thus:

For example, under one of the fake revenue agreements, the customer purportedly agreed to buy from Quintillion increasing quantities of gigabits per second of capacity over a period of 20 years. That agreement, if genuine, would have assured Quintillion hundreds of millions of dollars in future revenue. In reality, negotiations over that deal had ended unsuccessfully, a fact that Pierce never disclosed to the investors.

Over the course of the scheme, Piece tried to cover up her fraud, by continuing to negotiate with the telecommunications companies in hopes of reaching agreements identical to the ones she forged. Her efforts were mostly unsuccessful.

In between committing the fraud and getting caught for it, Pierce built up enough goodwill in Washington DC to be nominated by FCC boss Ajit Pai as one of two chairs on the watchdog's broadband deployment advisory committee.

As head of the committee, Pierce was put in charge of finding ways to expand broadband roll-outs by, among other things, "reducing and removing regulatory barriers to infrastructure investment."

One can argue she was extremely effective in that sense. ®