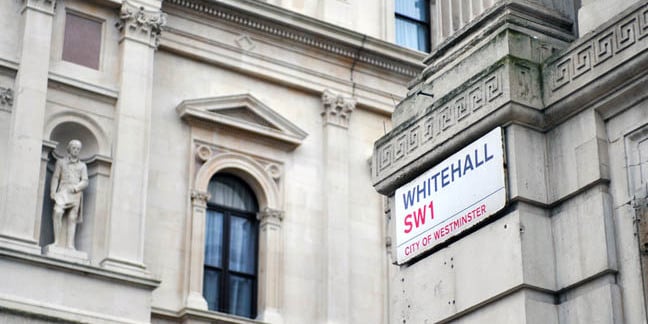 Exclusive Former permanent secretary at the UK's Department for Work and Pensions, Robert Devereux, is to join software giant Salesforce.

At the DWP, he led the organisation as it introduced the biggest reforms to welfare and pensions including the troubled Universal Credit programme.

However, it seems Devereux has had enough of gardening or any other pursuits that pensioners can be known to enjoy. The Register understands in the new role he will be advising on public sector business.

We asked the Cabinet Office if Devereux will be banned from lobbying government in the new position, but was informed any information would be published on the Advisory Committee on Business Appointments' site in due course.

In May, Alex Holmes, the deputy director of cyber security at the Department of Culture, Media and Sport - also fled to AWS.

Both were prohibited from lobbying the UK government for two years.

Devereux, however, does not have appear to have any specific technology experience on his CV. Prior to joining the DWP in 2011, he was permanent secretary at Department for Transport from 2007.

According to one source, Salesforce is keen to make headway into the UK public sector. A number of local authorities have already bought some of its cloudy services, but central government has proved a harder nut to crack.

Departments' contact centres are still largely run by the telcos, who have existing relationships with incumbents such as Avaya - making it harder for Salesforce to gain a toehold with its CRM software-as-a-service products. ®