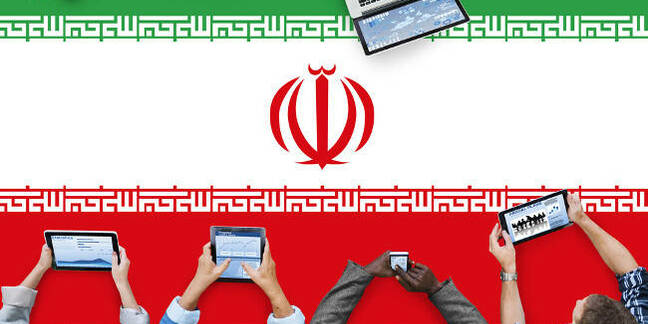 Comment Iran claims that recent surges in electricity demand, leading to blackouts and brownouts, were caused by too many cryptocurrency miners’ power-hungry machines being hooked up to the national grid – though all may not be as it seems.

“Rajabi said the power for mining each Bitcoin equaled the power used by 24 residential units for an entire year,” reported RFE. The news outlet added that Iran is a hot destination for cryptocurrency mining thanks to cheap electricity and official tolerance for Bitcoin as a way of bypassing US-led sanctions on Iran.

"Mining these currencies inside Iran will not only prevent money from leaving the country, it will also create currency under the difficult conditions of sanctions," Mohammad Shargi of Iran’s Bitcoin Society reportedly said.

The electrical spike, however, comes just a week after Iran shot down a US RQ-4 Global Hawk spy drone, which was being flown either very close to or within Iranian airspace depending on whose version of events you believe. Although the Trump administration claimed to have planned a retaliatory military strike and called it off at the last minute, America does maintain what militaries call an “offensive cyber capability” – aka hacking.

Iran is doing to our networks what it did to our spy drone, claims Uncle Sam: Now they're bombing our hard drives

Just 10 days ago Russia grudgingly admitted that news reports of US state-backed hackers planting backdoors into its electrical grid contained a “hypothetical” possibility. Unusually, American officials confirmed to the US New York Times newspaper that they were using offensive techniques against the Russian grid.

On the flip side, the US has also, in the past, accused the Russians of hacking their grid.

Given previous history that the US and Iran have over cyber warfare – including an American claim earlier this week that Iranian cyber-raiders were digitally trashing anything American and vulnerable that they could find, it’s not beyond the realms of possibility that the US has responded in kind. While power surge-inducing attacks have been theorised about for years, in the context of hacked IoT devices, there’s no particular reason why an attack aimed at maxing PC power draw couldn’t have disruptive effects at national scale if timed right.

Even if Iran’s lights don’t go out, keeping the nation’s chiefs occupied with domestic matters may be a handy foreign policy tool for the US.

While Iran has only blamed Bitcoin miners for their grid power surge, electricity generation seems to be a topic of great national concern: on the same day as the Bitcoin miner story was reportedly first published by an obscure Iranian agency, state-controlled Iranian English-language channel Press TV boasted of new generation capacity coming online. ®