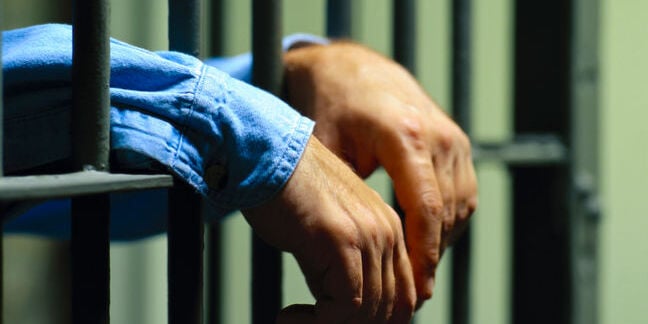 Outsourcing giant Serco has agreed to cough up £22.9m to the UK's Serious Fraud Office in fines and costs related to its electronic tagging scandal.

Under the "deferred prosecution agreement", the firm's UK subsidiary – Serco Geografix Ltd (SGL) – has taken responsibility for three offences of fraud and two of false accounting related to its contract with the Ministry of Justice between 2010 and 2013.

Rupert Soames, the grandson of Winston Churchill and Serco group chief exec, said the company was "mortified, embarrassed and angry" that it had been caught understated the level of profitability of its Electronic Monitoring contract in its reports to the Ministry of Justice six to nine years ago.

"Serco apologised unreservedly at the time, and we do so again. Nobody who sat on the Board of Serco Group, or who was part of the Executive Management Team at the time these offences were committed, works for the Group today."

In 2013 Serco referred itself to the SFO, and along with outsourcing company G4S faced allegations it had been charging the MoJ for monitoring offenders in the community that were already in jail, had left the country or were, um, dead.

Under the agreement, which is subject to court approval, Serco will not face formal criminal charges.

SGL will pay a fine of £19.2m together with £3.7m related to the SFO's investigation cost.

No damages will be payable to the MoJ because the SFO has agreed that Serco has already fully compensated the department in respect of the offences as part of a £70m settlement paid by the firm to the department in December 2013.

Guess who's just locked up £1.5bn Australian prison mega-contract? Our very own Serco

The director of the SFO, Lisa Osofsky, said: "SGL engaged in a concerted effort to lie to the Ministry of Justice in order to profit unlawfully at the expense of UK taxpayers. The SFO will pursue those who engage in this sort of criminal conduct so that they are held to account.

"This resolution not only ensures such accountability, but also recognises SGL's voluntary self-reporting of the misconduct, its and Serco Group's substantial cooperation with our investigation and Serco Group's extensive corporate reform and other remediation.

"It also provides substantial assurances regarding the future corporate integrity of Serco Group, one of the UK's largest government contractors.

"These measures are designed to achieve the goal of fair and transparent dealing with the government and other market participants." ®