Samsung created "false, misleading and deceptive" representations in marketing material about the Galaxy smartphone range's resistance to water, according to a consumer watchdog down under.

Samsung sold some four million of these devices in Oz during that time frame, the ACCC said.

The independent body called out adverts that in the last three and a bit years claimed the phones are resistant to the wet stuff and portrayed folk using the phones while surfing or frolicking in swimming pools. 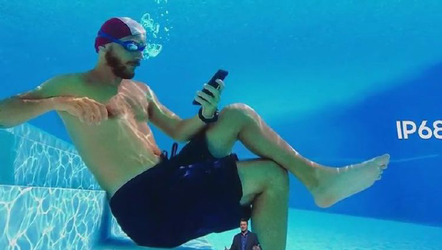 Yeah, maybe don't actually do this?

The 300 ads – which appeared on social media, online, TV, billboards, brochures and other forms of media – also claimed that the Galaxy could be dunked in up to 1.5 metres of water for 30 minutes.

Samsung Note 7: Probably the best phone in the world. Yeah – you heard right

"The ACCC alleges Samsung's advertisements falsely and misleadingly represented Galaxy phones would be suitable for use in, or for exposure to, all types of water, including in ocean water and swimming pool, and would not be affected by such exposure to water for the life of the phone, when this was not the case," said chair Rod Sims.

"Samsung's advertisements, we believe, denied consumers an informed choice and gave Samsung an unfair competitive advantage. Samsung showed the Galaxy phones used in stations they shouldn't be to attract customers."

The consumer group said Samsung had no rights to make the leak-proof claims because: 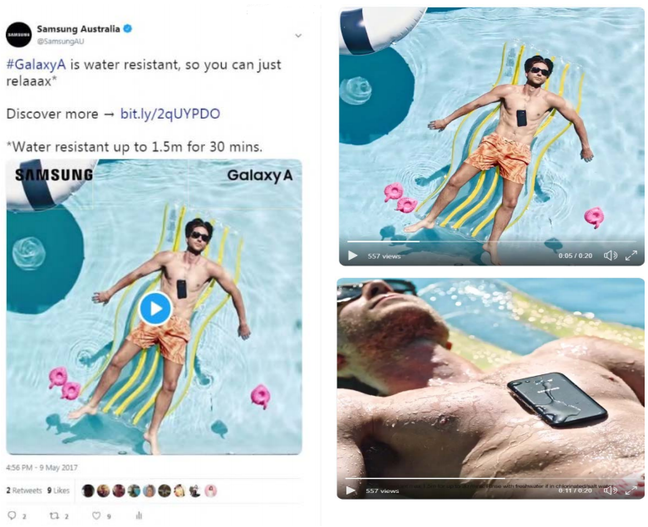 "Aside from not having a reasonable basis, the ACCC also claims that the representations are false, misleading and deceptive, because the Galaxy phones were not suitable for use in all types of water, and the life of the phones could or would likely be adversely affected if used in water," the watchdog added. 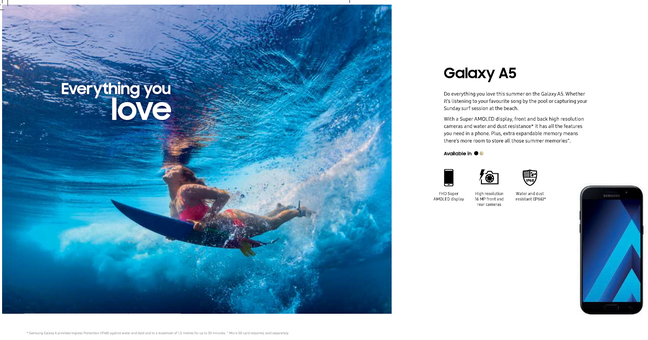 Why not take your Galaxy surfing?

Sims claimed Samsung was aware that water resistance was a differentiating factor in the phone purchasing decision of Aussies. The ACCC further said Sammy charged a higher premium for phones that were advertised as having the ability to keep out water.

The ACCC is launching the court battle (PDF) in the pursuit of "penalties, consumer redress orders, injunctions, declaration, publication orders, an order as to findings of fact, and costs".

From the safety of the poolside

Samsung also made similar claims of water resistance to 50m about its Galaxy Watch. The latest drama won't be welcomed by Samsung, whose Note 7 phone was previously dogged with bad press about its internal combustion engine.