In which case, you're sh!t out of luck because it's not supported

Microsoft has brought a bunch of enhancements with version 1.36 of Visual Studio Code, its popular open-source editor.

VS Code's updated Java installer will now set up a Java development environment for you, using a JDK (Java Development Kit) from AdoptOpenJDK rather than Oracle's more encumbered version. It will also install VS Code itself if not already present.

Jump to Cursor is a debugging feature which lets you move the cursor to a line of code in a debug session and run from there without executing the code in between. This currently only works in C# since it depends on support from the debug extension you are using. 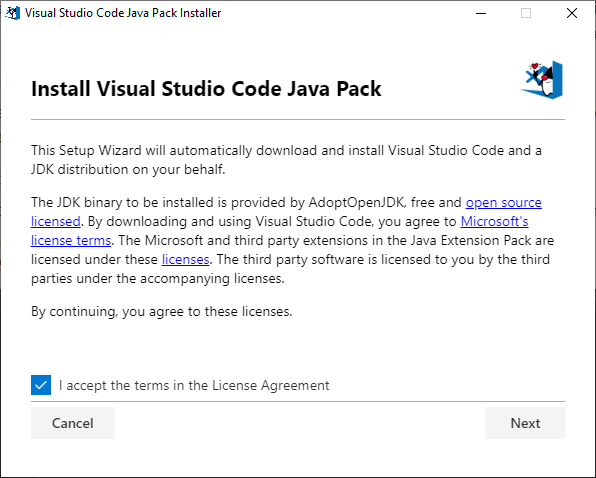 Tasks is a feature of VS Code that can execute one or more external commands including build scripts. If there are multiple tasks, these previously executed in parallel, but you can now specify a sequence so they run in order, and each task waits for the previous one to complete.

There is an optimisation for TypeScript developers, currently experimental, that installs a second TypeScript server. These servers are components that parse your code in order to enable features such as "IntelliSense" code completion prompts. The complexity of the main TypeScript server can introduce annoying pauses while it executes. The second server supports simple syntax parsing only, speeding up operations like code folding.

The VS Code status bar can get crowded, and includes items like "Tweet your feedback" that you may not want to see all the time. You can now right-click the status bar and select which items appear from a tick list.

Indent guides, vertical lines which connect items of equal indentation, are now optionally available in tree views such as those in the File Explorer.

A new terminal option for Linux means that the integrated terminal no longer has to inherit the VS Code environment variables. Instead, if you set inheritEnv to false, it will use a clean system environment. Users of macOS get a similar feature but with a bit of hackery because of some issues fetching environments which the team hopes to resolve. Windows is not affected.

Remote development gets some tweaks in this update, particularly in the area of file transfer. There is a Download from Explorer context menu for remote files, Save As supports local as well as remote locations, and there is the ability to drag multiple files from your local machine to the remote file explorer. 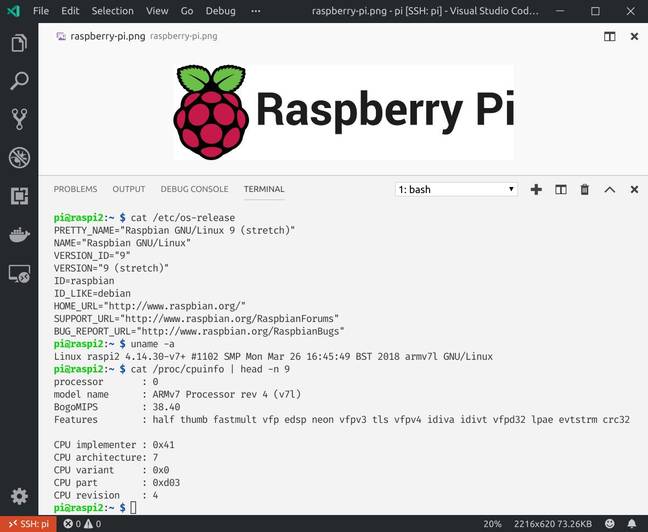 Remote editing for Raspberry Pi? You will need the Insider VS Code

Want to connect to Raspberry Pi via SSH and edit files in VS Code? There is experimental support for ARMv7i 32-bit for Raspberry Pi 2 or 3 (and presumably 4), but you will need the Insider build of VS Code. "We are holding this back from the stable release to allow for extension authors to catch up with the additional platform," said the team.

Users of the Windows Subsystem for Linux can now select from multiple installed distributions when available, using the Select Linux Distro option in the Remote – WSL extension.

It is not all good news, among a number of other changes the VS Code has moved to version 4.x of the Electron framework on which it is based, which means it no longer works on 32-bit Linux.