Scupper that, a real pirate would've manned the cannons 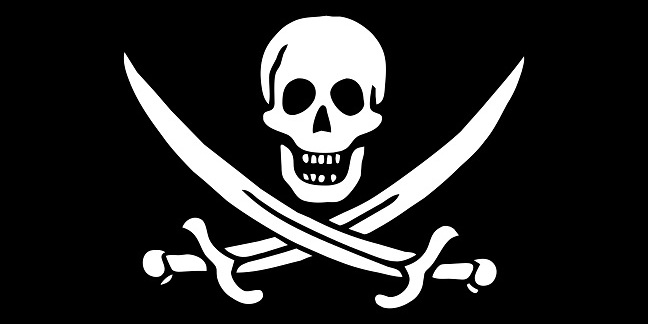 The Jolly Roger, a catchall term for flags displayed by pirates during the early 18th century, was once a symbol to be feared across the Seven Seas. Now it seems the standard can been felled by one measly complaint – and UK planning regulations.

Budding buccaneer Mike Darragh, 40, has come across more Guybrush Threepwood than Blackbeard after receiving a letter from the local council ordering the removal of the flag flown from his home in Howden, Yorkshire.

HullLive reports that Darragh decided to hoist the flag during May's Tour de Yorkshire bike race – as you do – then kept it up once the event was over.

However, a single complaint was lodged with East Riding of Yorkshire Council on 10 June, and a little over a week later Darragh received the note asking him to lose the banner, identical to that flown by legendary corsair Calico Jack Rackham, or walk the plank.

Though it seems our swashbuckling suburbanite grabbed the wrong end of the cutlass.

He told the local paper: "To start with it [the letter] made me angry and upset – we tried to work out who was so silly to complain and if it was racist or ageist, or against someone's beliefs.

"I feel the fun has all gone from the world – the people of Howden were very supportive and told me to keep it up. It's political correctness gone mad."

To be fair, in this age of online witch hunts and paranoia, it's not a huge leap to make such an assumption – particularly when one Zurich chap was in 2017 accused of being an terrorist sympathiser, not for flying ISIS's Black Standard, but a Jack Daniels flag.

On the other hand, it's no surprise that Britain's appetite for piracy is waning. European countries pillaging the Caribbean got sick of their own ships being pillaged, and various navies had the surrounding seas on lockdown by around 1720.

Now we have infomercials reminding us that we wouldn't download a car.

Instead, all the complaint served to do was flag up – no pun intended – to the council that the Jolly Roger was in fact breaking the law.

As the news website points out, buried in the Town and Country Planning Regulations 2012 are rules regarding the flying of flags. A "plain English" guide can be found here (PDF), basically saying that anything not an official flag of a state, naval ensign, county or military force and so on needs consent from planning officials.

After an outpouring of support from the local community, Darragh has said he will bow and apply for planning permission. Of course, a real pirate would have pulled avast one and put it back up. ®