Will you be inspired by Inspire? If Microsoft's Slack-for-suits Teams is your cup of tea, perhaps 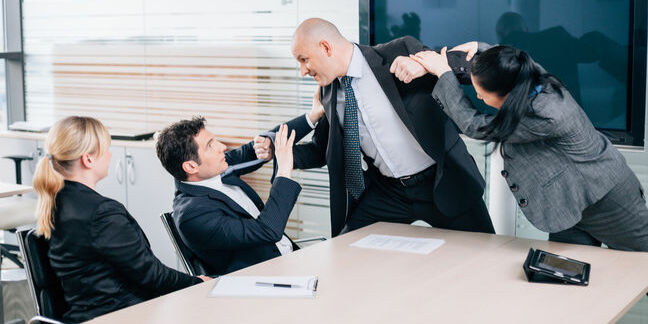 Who turned on Priority Notifications?

Inspire Microsoft's ironically named Inspire conference kicks off next week in Las Vegas, with the Windows giant hoping to persuade wounded channel middlemen that there remains reasons to be cheerful.

Hoping to distract those resellers from the bite Redmond has just taken from their collective bottom line by ending free licences, Microsoft will attempt to turn despairing to, er, inspiring.

There's no I in Teams, but there's certainly gold in there

One success story for Microsoft has been its Slack-for-suits collaboration platform, Teams. Those lucky Inspire attendees can use the message flinger as an opportunity to sell other services, such as integrations.

With more than 13 million people now using Teams on daily basis and over 19 million logging in weekly, the platform appears to have overtaken rival Slack, depending on how you measure the figures. Slack is cruising along at about 10 million a day, or at least it was in April when it IPO'd.

Certainly, if you're an Office 365 shop and Slack hasn't stuck a suspiciously IRC-shaped foot in the door, Teams is an enticing option for administrators.

Assuming those admins are able to actually manage the thing before control is lost.

As well the ability to tease customers with a six month trial of the platform, Microsoft also announced the imminent public arrival of new ways to irritate users through read receipts and the frankly horrifying priority notifications that will "ping" a recipient every two minutes on desktop and mobile until a response is received.

It'll be like having one's very own six year-old child. Except without any of that pesky parental affection the things demand.

Less alarming, but also intrusive, is the ability to highlight news in a channel via Announcements as well as spam post a single message to multiple channels via cross posting. Moderators will also be able to moderate what gets posted in a channel.

Many of the functions have been lurking in preview for a while, so resellers will be pleased to see the majority either rolling out now or hitting in the coming months.

To get its channel folk on board with flogging Teams, Microsoft has also announced a number of initiatives aimed at applying the technology to business processes, including call centres, call recording for compliance and workforce management.

Microsoft was keen to share customer success stories, including Reg darling, DXC. DXC, as readers will remember, managed to vanish 40,000 staff in a mere two years amid plunging staff morale. We're sure the arrival of Priority Notifications will change all that.

Every cloud has a silver lining

Microsoft is also keen to promote its upcoming Azure Migration Program, aimed at getting customers into the company's Azure cloud with the aid of in-house experts and opportunities for "specialised migration partners."

SQL Server 2008 support has already come to an end for on-prem hold-outs and Windows Server 2008 will be following suit on 14 January 2020. One solution to the lack of security fixes is to shift the things to Azure where those patches will keep flowing for a few more years at least and buy some breathing space to re-engineer legacy applications.

Microsoft has previously made the lofty claim that AWS was five times more expensive than Azure to further entice customers, although we’d have to question those figures somewhat, seeing as they are based on where things were last October and also take advantage of goodies Microsoft does not share, such as using Azure Hybrid Benefit to avoid buying additional server licences.

And, of course, if you want those three years of extra SQL and Windows Server 2008 support, then Microsoft is the only game in town. ®