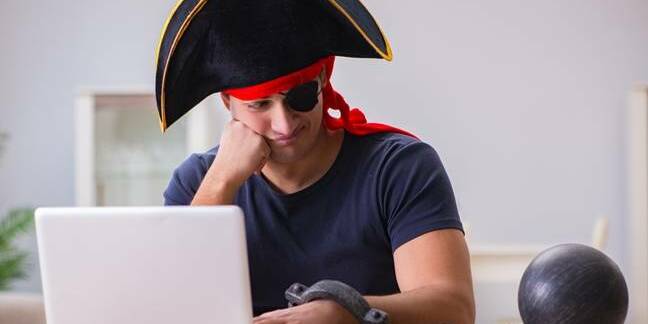 Remember Usenet, the 1980s distributed messaging and file-sharing service that predates the web? Turns out the old-school network is still popular in some parts of mainland Europe as a method of file exchange, and thus remains a pain in the ass for copyright holders.

This week a court in Dresden, Germany, sentenced two men to a combined 66 months behind bars – after an investigation by German copyright protection group GVU identified them as being responsible for Usenet resources Town.ag, Usenet-town.com and NFO-Underground.xxx, which it said were used to commit infringement on a "commercial" scale.

GVU (Gesellschaft zur Verfolgung von Urheberrechtsverletzungen) is an association that works in the interests of the film and video game industry. It started investigating the German Usenet scene back in 2015 and discovered that around 4.5 million people were downloading copyrighted movies, games and e-books every month.

In 2017, GVU became part of a coordinated international campaign that shut down 20 Usenet portals across Germany, Canada, San Marino and Spain, including Town.ag.

According to the organisation, 41-year-old defendant "Gerrit G." created the portal and 33-year-old "Matthias E." served as the technical administrator of the site and looked after its servers.

At its peak, Town.ag was providing access to around 1.2 million copyrighted items, it was claimed. According to German publication Bild, over the years the men caused around €5.1m in damages to copyright holders.

Gerrit G. was arrested in autumn 2017 in Alicante, Spain, and will have to spend three years and eight months in prison. His mate, Matthias, was nabbed in Saxony, and will serve a year and 10 months.

There are other criminal proceedings against Usenet portal operators still ongoing.

Usenet was invented by Tom Truscott and Jim Ellis when they were studying at Duke University in Durham, North Carolina. It gave us such staples of internet culture like "FAQ", "WTF", "ROFL" and emoticons – which were called smileys back in the Eighties.

Usenet was primarily used by academics until the Eternal September of 1993, when AOL decided to bundle Usenet access with its distribution of dial-up internet software, resulting in a never-ending influx of new users that forever changed the network.

By 2011, Dutch copyright enforcer BREIN estimated that at least 80 per cent of binaries shared through Usenet were illegal. Even Duke University, where the network was born, switched off its servers citing "low usage and rising costs".

Usenet has been targeted by copyright enforcement groups for many years: in 2007, the Recording Industry Ass. of America (RIAA) chucked a federal lawsuit at Usenet.com, claiming its service enabled and encouraged people to swap copyrighted music.

In 2011, Newzbin, a website which indexed Usenet files but did not host them, was found liable for copyright infringement by the High Court of Justice in London.

Despite these efforts, Usenet is still very much alive, with its catalogue of historic posts, and yes – just a smattering of pirated content. ®