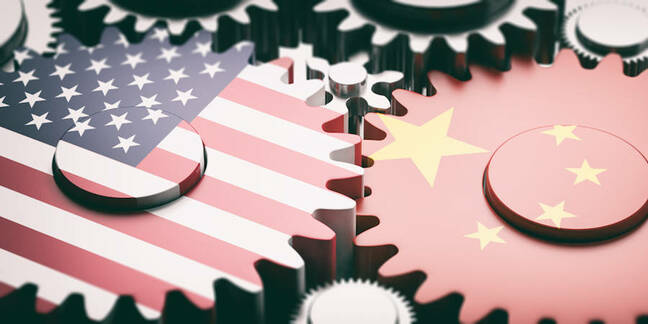 Networking giant Juniper has had another challenging quarter – this time it was service providers, not cloud vendors, causing Cisco's nemesis grief.

The company reported that for the three months ended June, service provider custom dropped 15 per cent to $447m. The demand from enterprises fell 6 per cent, down to $370m in revenue, and the cloud segment remained flat, bringing in $285m.

On the upside, it wasn't as bad as Juniper's first quarter, when net income totalled just $31.1m.

"We believe our service provider relationships remain strong and the weakness we're seeing is tied to our customers business model pressures and the expected timing of project deployments," CEO Rami Rahim said during an earnings call.

"Despite these challenges, we do expect our service provider business to experience better sequential trends during the second-half of the year, based on our current pipeline of known opportunity.

"With the availability of our new MX 5G line cards, the strength of our Contrail orchestration platform and our partnership with Ericsson, we believe we are well-positioned to capitalize on our service provider customers 5G and telco cloud initiative, which could begin to start playing out later this year."

Juniper didn't blame all of its ills on the ongoing trade war between the US and China, but noted that it is not able (or willing) to move all of its manufacturing out of China, and will continue to be affected by the conflict.

"So we have opportunity to move most of the production to other locations that was primarily done in China previously. And that's really resulted in us mitigating the vast majority. That said, we're not able – we are not – we've chosen not to move all production out of China, so there are still some products that we still manufactured only in China."

Even the products not affected by tariffs might suffer indirectly: "In addition to the actual cost of tariffs, we know some of the mitigation efforts by moving manufacturing from location to different locations has resulted in overall slight uptick in our cost of goods sold, really as part of the mitigation. So there is some costs associated with that as well."

The exec admitted that, contrary to what US prez Donald Trump might claim, the company was forced to pass some of the additional cost associated with tariffs to its customers – in the instances where this couldn't be done, tariffs impacted the company's own gross margins.

Rahim added that Juniper would be unlikely to move manufacturing back into China, even after the tariffs were eliminated.

In terms of revenue breakdown, in the second quarter Juniper made $713.9m from its hardware and software products, and $388.6m from services. The company sold $416.9m worth of routers, $215.6m of switches and $81.4m of security products.

Capex totalled $27.3m, and depreciation and amortisation expenses were $56.4m.

Juniper's board of directors announced a quarterly cash dividend of $0.19 per share, to be paid on 25 September. Next quarter, the company expects around $1.145bn in revenue.

"We experienced encouraging trends during the June quarter as we saw sequential revenue growth across industry verticals and technologies," said the CEO.

"We are making progress with our sales transformation efforts which, along with our strong pipeline of opportunities, is providing confidence in our ability to not only deliver sequential revenue growth through the remainder of the year, but also a return to year-over-year growth during the December quarter." ®

Juniper slips out update after hardcoded credentials left in switches

Juniper grabs controller, inserts code, gets ready to play some SONiC Mania on its switch

Welcome to El Reg: Come for the video game references, stay for the open-source networking news