Birmingham International Airport last week released its 2007-2008 Report and Accounts (pdf) - an engrossing 33-page read which explains why the facility "increasingly offers a high-quality alternative for those Midlands passengers who currently fly from other airports, to travel instead from Birmingham".

Well, there's one passenger who will in future choose to fly from anywhere other than Brum, and that's the owner of this item of luggage, featured in all its glory on page 11: 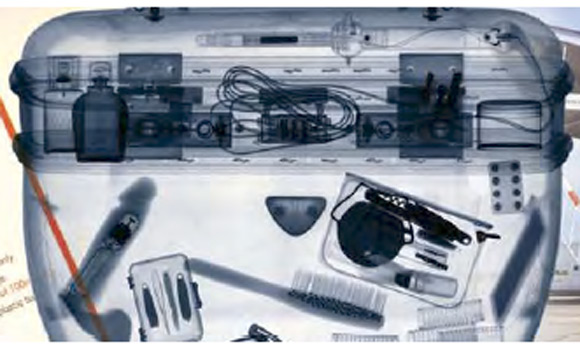 Yes indeed, it's beers all round for the sharp-eyed News of the World which spotted this slight oversight. One delighted airport worker told the paper: “It’s a bit of a cock-up. We find it absolutely hilarious, but it’s a huge embarrassment for the bosses.”

A spokesman for the airport offered: “At least it shows the more unusual and sometimes sensitive items our security guards deal with on a day-to-day basis.”