Uninspired by the stock imagery used by the media to depict cybersecurity, a graphic design group is offering cash prizes to anyone who comes up with something more original than dodgy hoodie-wearing laptop users with waterfalls of cascading 1s and 0s behind them.

Challenging the very foundations upon which El Reg's image library has been painstakingly honed by the finest and most sober minds* ever seen in the field of technology journalism, Open Ideo wants to pump cash at anyone who can shift the age-old stereotype of the hoodie hacker.

In a contest titled "How might we reimagine a more compelling and relatable visual language for cybersecurity?", the foundation urges "creators from diverse backgrounds" to apply their skill set to "this important work". 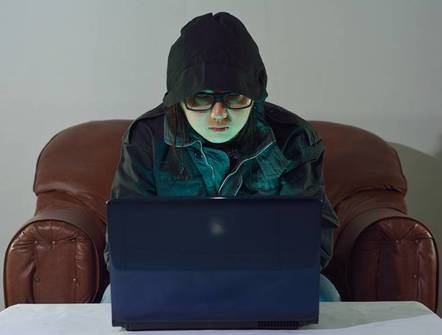 Bemoaning the state of stock imagery everywhere, Open Ideo said: "We see pictures of locks, white men in hoodies, or green 1s and 0s that do little to convey the reality of this complicated, critically important topic."

We here at The Register can't see what the fuss is about. Who hasn't been to Black Hat and seen cascading waterfalls of 1s and 0s everywhere? 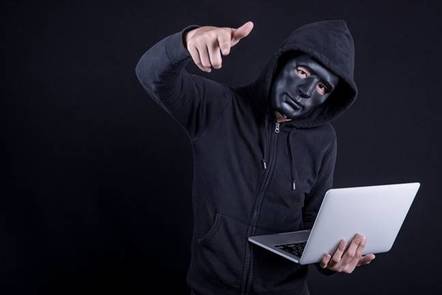 To stimulate the minds of graphics people, Open Ideo has published a brief about the target audiences for their challenge. They include a description of a "high-profile journalist":

Kristin is a high-profile business journalist for a major national publication in the United States with a large national following. With the everheightening risk of privacy within her work to protect her sources, and knowing several colleagues who have been the victim of hacks, she has begun to write articles about the importance of data privacy for the business sector. She is frustrated by the complete lack of quality visuals to translate technical aspects of the stories she's writing to her audience. Kristin hoped that by connecting with journalists who specialize in cybersecurity she would find visuals to meet her needs, however, she's found this frustration is shared with journalists addressing a breadth of topics in the cybersecurity space.

We don't know why low-profile journalists (cough cough) don't get a look-in. Perhaps Open Ideo are resigned to the idea that the great unwashed outside America will continue gratuitously publishing imagery of hoodie hackers because nobody's giving us anything better to work with – at least, not without charging megabucks in the process.

A similar pen picture for a low-profile journalist needing non-hoodie imagery might say the following:

Ringo is a low-profile tech journalist for a publication read mainly by hoodie-wearing techies and other journalists who secretly hope he's got a story they can copy and paste and pretend is their own work. With the everheightening risk of expenses claims for long liquid lunches with "sources" being rejected, beer becoming more expensive by the day and editors asking where the day's stories are, Ringo has begun writing ever more stories about hacked servers, unpatched software, Mavis from accounts clicking screamingly obvious phishing email links and all the other bad shit happening online every day. Ringo is frustrated that half the pics in his image library are too low-rez for the story because they date back to 2003 and the other half have all been used at least a dozen times each in the last fortnight and even the most myopic of readers has begun to notice this. If you gave just £2 a month...

"Up to 25 shortlisted contributors will receive mentorship from a cybersecurity expert and $500 each," we are told by Open Ideo, while five more lucky non-hoodie-artists will have $7,000 bestowed upon each of them.

If you are a Russian or from Eastern Europe, however, bad news: you're not eligible for the prize. Only folk from Argentina, Australia, Brazil, Canada, China, Colombia, France, Germany, India, Japan, Mexico, Netherlands, Peru, South Africa, Spain, United Kingdom, and the good ol' US of A can claim their spondulicks.

Mickey-taking aside, the lack of useful imagery about what "cybersecurity" involves is a genuine problem for the industry as a whole.

Joe Public doesn't know or care about the differences between a white hat and a black hat (grey hats are right out) and telly news stations, bound to compress the world's complexities into 2m 30s of footage that even your granny could understand, grab the first easy image they can think of and run with that. 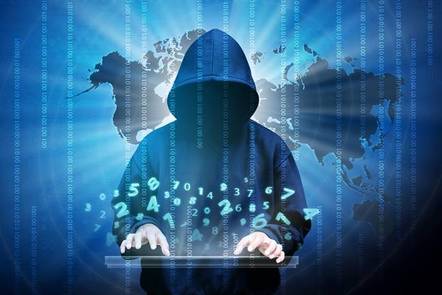 Seriously. Everyone outside it thinks infosec is some bastard offspring of The Matrix and that dodgy underpass near your house where the bad kids hang out

By shifting that image of what a cybersecurity professional looks like, the wider industry stands to gain a lot and lose very little. Who doesn't want to be taken seriously by the wider world, all those know-nothing civilians whose very digital-dependent way of life depends on the uptime underwritten by "those weirdos in hoodies down in the basement"?

Get cracking. Your industry really does need you. ®

*Part of this statement may or may not be untrue