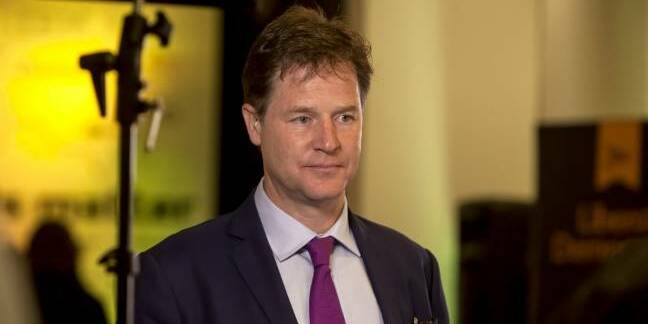 Facebook has been asked to explain "direct contradictions" in its testimony to the UK Parliament in light of new information revealed in a complaint from the US Securities and Exchange Commission (SEC) last week.

In a letter [PDF] sent from the chair of the Digital, Culture, Media and Sport Committee, Damian Collins, to former Parliamentarian and now Facebook's VP of communications, Nick Clegg, the lawmakers ask a series of precise questions, quoting from the SEC complaint, and ask Facebook to explain how it fits with the company's previous answers over the Cambridge Analytica scandal.

"The SEC Complaint seemingly directly contradicts written and oral evidence we received from Facebook representatives over the course of our inquiry into “Disinformation and ‘fake news’” on several points," the letter notes, "and we request clarity on these issues."

Most of the questions revolve around a simple question that Facebook has squirmed over for more than a year: when did it become aware that Cambridge Analytica was abusing access to its systems?

Facebook has consistently maintained that it only heard about the problems from press reports, thereby alleviating it of direct responsibility or potential legal liability for the data-slurping company. But while pretty much no one believed Facebook was telling the truth at the time, in recent months evidence has come to light that would appear to prove its mendacity.

"Senior executives from Facebook, including its Chief Technology Officer Mike Schroepfer and Lord Richard Allan, consistently asserted in evidence over the course of 2018 to the Committee that Facebook first learned that Global Science Research (GSR) and Cambridge Analytica had compromised Facebook user data from a Guardian article published in December 2015," notes an official summary of three main attack points in the letter, before adding: "However, the SEC Complaint states that Facebook employees already knew about Cambridge Analytica prior to December 2015."

The letter itself includes quotes from Facebook executives given to the committee either in person or through official correspondence, and contrasts them with quotes from the SEC complaint. You'll be amazed (or not) to hear that the two versions don't seem entirely compatible.

The letter also seeks to undermine Facebook's back-up defense that while some of its staff may have been aware of problems with Cambridge Analytica, they did not pass their concerns on to upper management.

If that was the case, then senior Facebook execs could claim that they only heard of the problems following press reports. It's a horrible fudge but just about manageable.

While Facebook has stuck rigidly to its claims that Facebook CEO Mark Zuckerberg only heard about the issue in March 2018, the letter asks how that claim is compatible with other testimony about how important issues within the company were communicated directly to Zuckerberg.

"We believe this to be particularly egregious given that we have been told that these issues should have been reported through senior management and that the buck ultimately stop with Mr Zuckerberg himself," the letter spits.

The letter, by omission, reveals that the UK Parliament doesn't have any evidence that Zuckerberg heard about the problems before Facebook claims he does, and that may be just enough for Facebook to squeak past angry lawmakers.

But it doesn't change the fact that Facebook has persistently shown it possesses a flexible relationship with the truth – in much the same way as the Russian propaganda that was all over Facebook's service and sparked the inquiry in the first place.

In all likelihood, Zuckerberg is briefed in person and without notes on the company's most sensitive topics in order to provide plausible deniability. And his notorious poor poker face is likely why he has repeatedly refused to attend in person at committee hearings, despite some aggressive requests for him to do so.

Zuckerberg even appears to be avoiding flying through London in case the committee comes good on its promise to issue him with a summons for contempt of Parliament.

As for Facebook's new head of comms, the former UK Deputy Prime Minister Nick Clegg - to who the letter is addressed – he appears to be content to take Facebook's copious cash to bang out PR puff pieces. Clegg is also happy to take more cash from the UK government despite his massive Facebook salary, according to UK news reports.

Clegg claimed almost all of his entitlement to cash from the 'Public Cost Duty Allowance' fund in 2018/19 – £112,882 – which included five months in which he was working for Facebook. The fund was set up to assist former prime ministers but according to the reports Clegg successfully lobbied to have it extended to him as the first deputy prime minister after his party, the Liberal Democrats formed a coalition government with the ruling Conservative Party.

In short: Facebook lies. It lies persistently and almost pathologically but it also knows enough not to expose its CEO to the worst of those lies. Expect more half-truths and corporate squirming in response to this latest letter. ®