Case settlement to be reheard for fresh decision 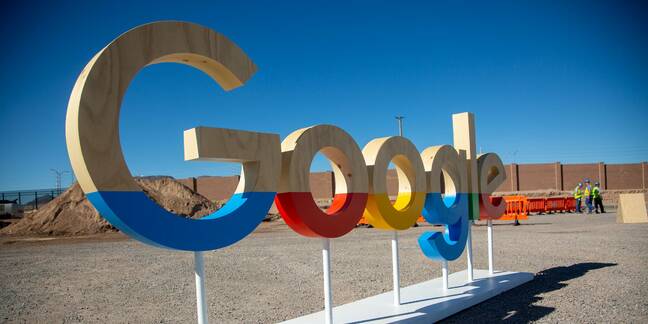 An American appeals court has nixed one of Google's original legal settlements over its infamous privacy-busting Safari Workaround.

The 3rd Circuit Court of Appeal, based in Philadelphia, ordered a new hearing to take place over the 2017 payoff – $5.5m handed over to Google-backed privacy campaign groups.

In an opinion (PDF) filed yesterday, circuit judge Thomas Ambro, who heard the appeal with judge Cheryl Ann Krause and judge Midge Rendell, described the settlement as raising a "red flag" because the money Google paid for its violations did not go to the people harmed by Google's actions.

Let's be Frank: Bloke drags Google to the US Supreme Court over $8.5m privacy payout

Under an obscure US legal concept called cy pres, the settlement was paid to privacy campaign groups that are looked upon favourably by the adtech monolith, a practice that has raised those very same "red flags" for years. In theory, cy pres settlements (the phrase is French for "near enough") are meant to go to corporate bodies that are against whatever the party losing a court case stands for: in this case, adtech company Google gave money to privacy campaign groups.

Except those privacy campaign groups are not the same thing as the people who ought to be receiving compensation payoffs, as we have reported over the years in considerable detail. Judge Ambro, delivering the 3rd Circuit Court of Appeal's judgment, called these payoffs "particularly concerning".

In the Safari Workaround case, Google techies figured out a way, in the early 2000s, of bypassing anti-tracking measures baked into Apple's Safari browser. The so-called Safari Workaround allowed Google to plant tracking cookies on iOS devices without the user's knowledge or consent, in an environment supposedly immune from silent tracking cookies.

Since it came to light, Google has flung literally tens of hours' worth of its annual profits at American regulators and others to make them shut up and go away – and agreed to stop the practice, without admitting wrongdoing. Unfortunately for the Chocolate Factory, one particular payoff attracted unusually close scrutiny from Ted Frank, who heads up a nonprofit public interest law firm called Center for Class Action Fairness, and is known for his work against more than one class-action settlement.

The vista view of this case is not pretty. According to the complaint, an internet behemoth with unprecedented tools for monitoring private conduct told millions of Americans it would not track their personal browser history, and then it did so anyway to profit from the data. Through the proposed class action settlement, the purported wrongdoer promises to pay a couple million dollars to class counsel and make a cy pres contribution to organizations it was already donating to otherwise (at least one of which has an affiliation with class counsel).

The settlement part of the case will now be reheard by another judge for a fresh decision on who should receive the $5.5m payoff.

Frank is also involved in a very similar lawsuit over a Google cy pres settlement – that was for $8.5m and has gone up to the US Supreme Court. You can read our interview with Frank on the topic here.

Over here in the UK, a legal investment company is using the Safari Workaround set of facts to try to extract $1.5bn from Google, with the same sum of money again potentially available for private individuals to claim a slice from. ®